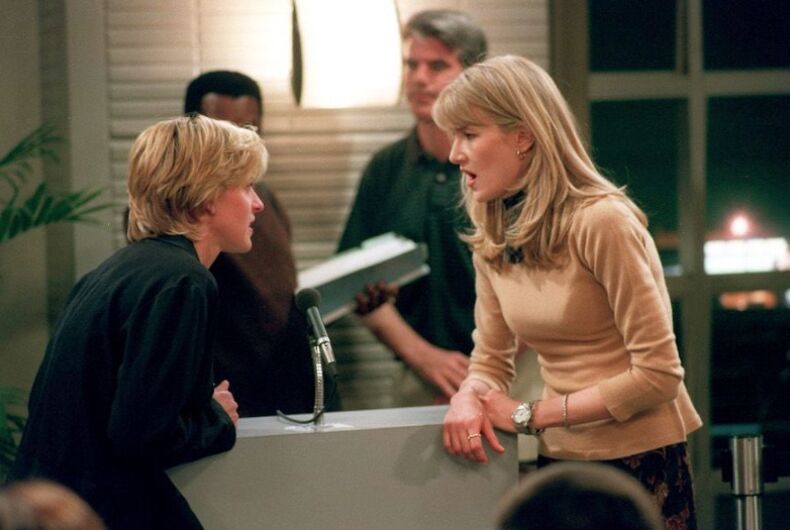 In honor of National Coming Out Day, you can watch every episode of Ellen DeGeneres old ABC sitcom, Ellen on Hulu for free.

All five seasons of the comedy series – including the groundbreaking “The Puppy Episode” will be available. The historic two-part episode (Season 4, Episodes 22 & 23) featured special guests Oprah Winfrey and Laura Dern, who play her therapist and her love interest, respectively. It first aired 20 years ago.

Whitney Houston’s posthumous coming out could have been avoided