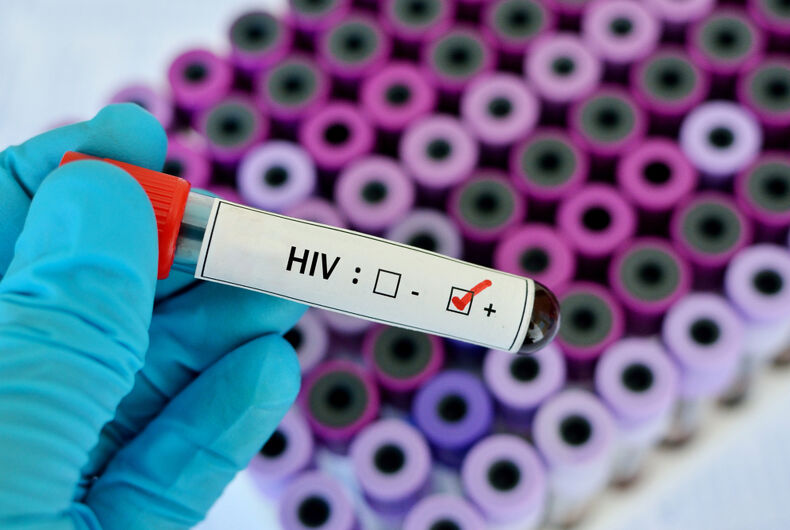 California has moved the crime of knowingly exposing someone to HIV from a felony to a misdemeanor.

Gov. Jerry Brown signed Senate Bill 239 (SB239) into law on Friday, a step in the right direction to help turn the tide against the draconian laws passed in the 1980s and ’90s at the height of the epidemic.

Advocates have long warned that these laws discourage people from getting tested, creating a legal incentive not to know your status, as well as noting the use of them to disproportionately go after people of color. To this day, African Americans are the ethnic group most affected by HIV in the United States, the CDC notes.

Up to now, knowingly exposing or infecting someone to HIV in California could result in a prison sentence of up to eight years. It has now been lowered to a maximum jail time of six months.

Between 1988 and 2014, at least 800 people were either arrested, charged, or otherwise came into contact with the criminal justice system in relation to their HIV status, a study conducted at the University of California, Los Angeles found, the Associated Press reports.

“Today California took a major step toward treating HIV as a public health issue, instead of treating people living with HIV as criminals,” said Sen. Scott Wiener, who authored the legislation.

“With his signature, Governor Brown has moved California’s archaic HIV laws out of the 1980s and into the 21st century. SB 239 will do much to reduce stigma and discrimination against people living with HIV — it is not only fair, but it’s good public health,” said Rick Zbur, executive director of Equality California. “When people are no longer penalized for knowing their status, it encourages them to come forward, get tested and get treatment. That’s good for all Californians.”

But is it enough?

The American Medical Association and the Infectious Diseases Society of America have come out against laws criminalizing HIV, and the CDC recently announced those living with HIV who are undetectable cannot pass the virus on to others, even without protection.

While lowering the penalties can be counted as progress, the issues of disincentivizing testing and the disproportionate impact to people of color remain.

What if straight couples got treated like gay people when they went on vacation?