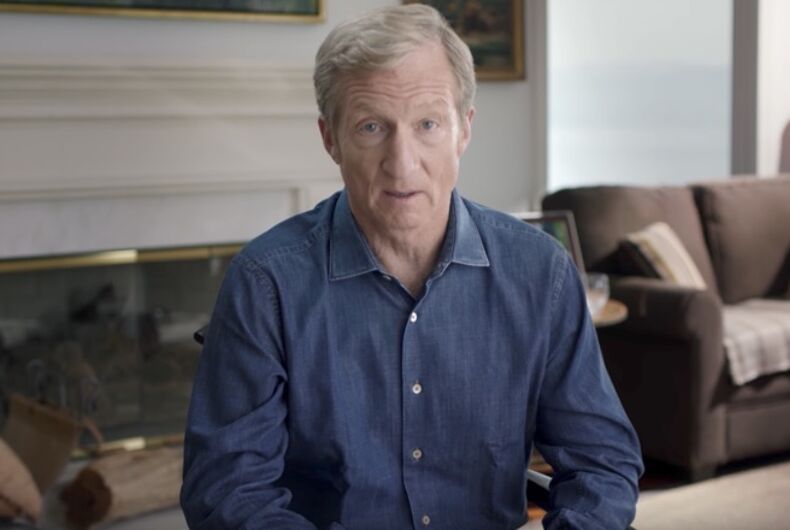 You may not know who Tom Steyer is, but politicians definitely do. The California billionaire was the biggest spender on the 2016 election, tossing down over $74 million dollars to mobilize young people to progressive causes.

Now he’s back with a $10 million advertising campaign to demand Republican politicians do their duty to their country by wrestling it away from “a clear and present danger who is mentally unstable and armed with nuclear weapons.”

“A Republican Congress once impeached a president for far less,” Steyer says in the short commercial currently running on cable stations nationwide. The main ad was posted on YouTube last week according to Time, and commercials have also been airing on broadcast stations in New York and California.

“Donald Trump has brought us to the brink of nuclear war, obstructed justice, and taken money from foreign governments. We need to impeach this dangerous president,” Steyer writes on the campaign’s website with a link to a petition to call on your representatives to begin impeachment proceedings against the President.

The ad opens a new front in the resistance to Trump’s disastrous agenda as more and more people recognize the “clear and present danger” of having a mad man with his hand on the button.