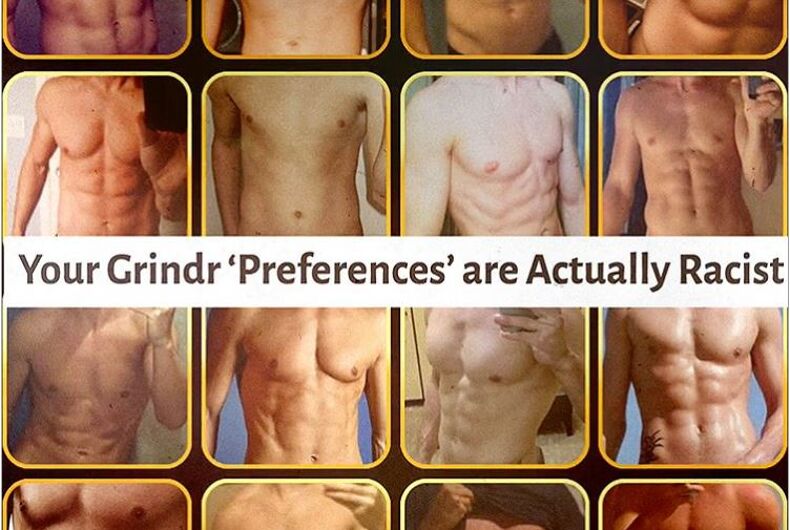 Jack’d is attacking Grindr for its racist profiles, claiming the company is not doing enough to combat the bigotry found on its platform.

“37 percent of Americans identify as black, Hispanic, Latino, or Asian,” the narrator says. “You see these guys on Jack’d. Do you see them on Grindr? What’s up with that?”

It then cuts to a collage of headlines that have called out the racism that can be found in no small supply on Grindr.

“We will be the generation that ends racism,” the video declares, in a parody of the anti-smoking PSAs.

Peter Sloterdyk, vice president of marketing at Grindr, told The Advocate “sexual racism is a larger problem within our community and impacts all dating apps, not just Grindr.”

He added that it does “prohibit the use of offensive or racist language and encourage our community to report offending profiles through our app’s built-in system.”

Alon Rivel, director of global marketing at Jack’d, told the publication that “whether we like it or not, is the leader in the gay dating app space and they set a tone for the rest of the gay community.”

Rivel wrote in a press release that Jack’d has a “zero tolerance” policy for racism and encourages users to report racist profiles so they can be deleted.

“There is a difference between being attracted to certain characteristics of a man and spewing hate and/or attacking others for their religion or the color of their skin,” he said.