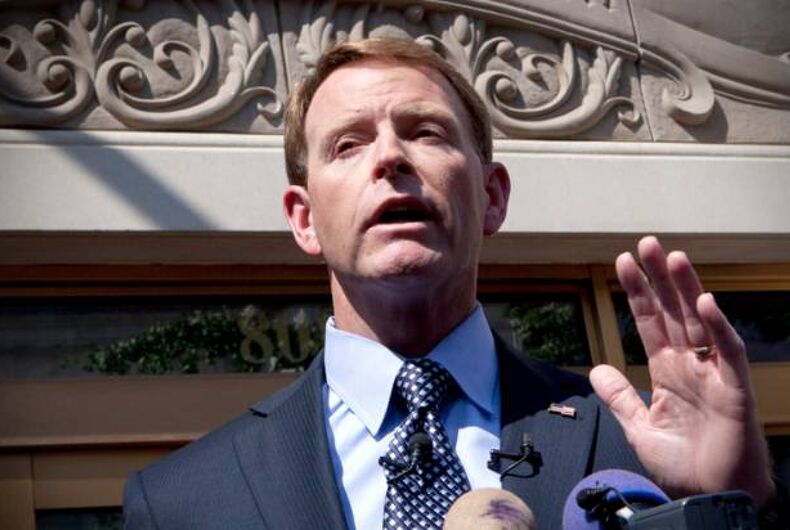 Watch out for these dangerous zealots.

Despite being increasingly marginalized by sensible society, anti-gay lunatics still lurk among us. Many of them have built their entire careers on attacking queer people, and what are they supposed to do now, just give up?

Sadly, there are still countless crazy homophobes making noise in the media about how queer people are supposedly destroying civilization. Here’s a few of the worst.

It’s no surprise that he comes from Fox News, probably the cruelest anti-gay network in the country. Starnes accused the Supreme Court of overruling God when they let same-sex couples marry, and said that same-sex couples were comparable to people marrying dogs. He called public schools “indoctrination centers” and said that heterosexuality might someday be a hate crime.

One of the sleaziest anti-gay activists ever to have lived, Perkins called gay people “vile” and advocates for abusive “ex-gay” snake oil. He tried to prevent same-sex parents from adopting and called pedophilia “a homosexual problem.” We can’t imagine what skeletons he’s compensating for in his own closet.

Another advocate of deadly “ex-gay” torture, Cushman’s website calls homosexuality “broken” and accused queer people of infiltrating schools. She compared queer families to “a herd of elephants in the jungle.”

It’s anyone’s guess what pushed Lively off the deep end, but he’s written a book blaming the Holocaust on gays, called for queer people to be rounded up and thrown in jail, and insists that homosexuality is a mental disorder. He also contributed to Uganda’s “kill the gays” movement and says that LGBT acceptance will bring about the end of the world.

Anderson believes that it’s wrong for queer people to have sex and that same-sex marriage is a “lie.” He defended ex-gay camps and says that Glee corrupted youth. He tried to get Princeton University to provide a platform to anti-gay zealots, including those who push discredited pray-away-the-gay abuse.

You may have seen Cohen’s bonkers interview where he urged gay people to “cure” themselves by beating pillows and screaming at their mothers. He also claimed that gay men could become straight by cuddling each other – okay, Richard, sure. Ex-gay-pushing weirdos like Cohen and Anderson are peas in a pod, denying all reality when it comes to human sexuality.

30 editors rejected this novel for being too gay, but it’s a crowd-funding success