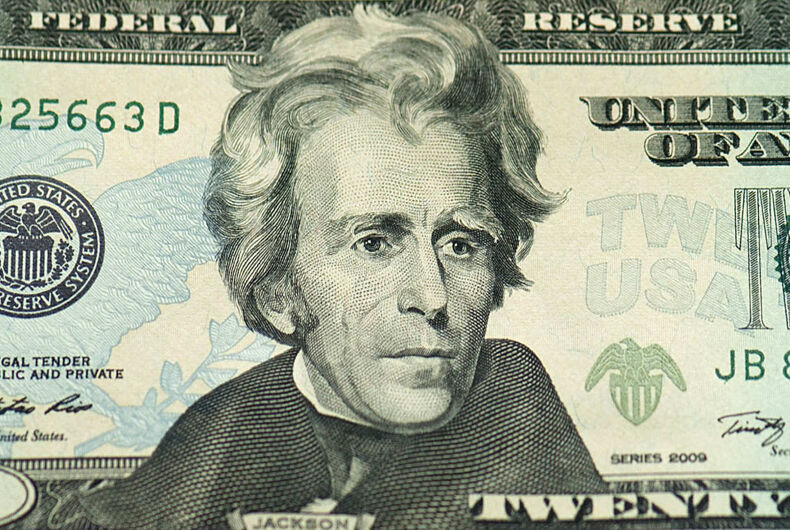 Closeup of Andrew Jackson on the $20 bill.

Treasury Secretary Steve Mnuchin is making waves after mentioning that the government may not replace former President Andrew Jackson on the $20 bill.

Jackson, a slave owner responsible for the genocide of thousands of Native Americans, would have been replaced by African-American civil rights hero Harriet Tubman who led slaves to freedom through the Underground Railroad. No African-Americans are on our nation’s money.

Mnuchin told CNBC on Thursday, “Ultimately we will be looking at this issue. It’s not something I’m focused on at the moment.”

“The number one issue why we change the currency is to stop counterfeiting. So the issues of what we change will be primarily related to what we need to do for security purposes. I’ve received classified briefings on that. And that’s what I’m focused on for the most part,” Mnuchin said. “People have been on the bills for a long period of time. And this is something we will consider. Right now, we’ve got a lot more important issues to focus on.”

The 7th president is a favorite of Trump’s who has a portrait of Jackson hanging on the wall in the Oval Office. Trump, who has tacitly endorsed white supremacists and neo-Nazis and infamously spent the entire presidential campaign insulting every minority group he could, told NBC’s “Today Show,” “I think Harriet Tubman is fantastic.”

Trump still hedged though. “I would love to leave Andrew Jackson and see if we can maybe come up with another denomination. Maybe we do the $2 bill or we do another bill,” he said. $2 bills are not commonly used in the United States although they are still printed.

“I don’t like seeing it. Yes, I think it’s pure political correctness. [Jackson has] Been on the bill for many, many years. And, you know, really represented somebody that really was very important to this country,” Trump said.