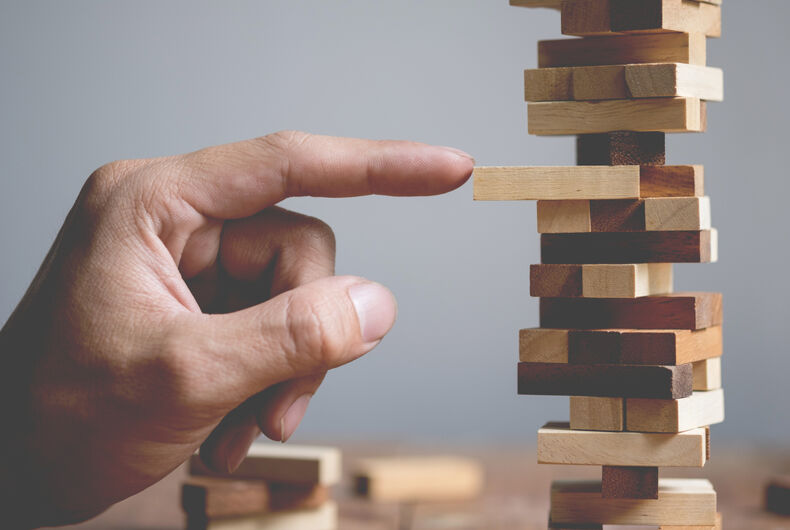 I recently read an article by a friend of mine which brings to mind the LGBTQ community’s problem with calling out religious right groups and figures. The Purge Of Transgender People From American Life Has Begun by Brynn Tannehill was a tad morbid for my tastes, but she made a much needed revelation and a point our community has to consider.

Basically, Tannehill pointed out that Trump’s negative policies directed at the transgender community may be  following a game plan put forth by anti-LGBTQ hate group the Family Research Council. FRC has had a huge amount of access to the White House since Trump took office.

Tannehill’s words rang true and they are cause for alarm. But I can’t help thinking that we’ve been here before. As a matter of fact, we have been here so many times in the position of playing the defensive against a wanton attack on our equality and humanity. .

And I can’t help thinking that the LGBTQ community will always play desperate catch up as long as we continue the same playbook we have always followed.

The groups and people forming the religious right, or the anti-LGBTQ industry (because it is an industry invested in either scaring Americans or catering to their religious egos with every attack on our community), launches an attack against us via an anecdotal incident or a new initiative designed to take away our equality. They have their talking points and media plan ready.

The LGBTQ community answers back with meek, carefully worded force derived from surprise and from the position that we don’t know enough about our opposition to take control of the narrative. Or we answer from the other end of the spectrum – loud, counterproductive, ideas about visible protests filling the air soon to be overtaken by internal squabbles on tactics, identity, privilege, lack of trust, lack of discipline, etc.

Meanwhile we fail to notice how similar religious right attacks on the LGBTQ community are. For example, the attacks on the transgender community (i.e. bathroom bills supposedly passed for the sake of safety of women and children) is no different than attacks made against gay men in the past.

In other words, we go from one lie:

with the same blueprint. As a matter of fact, the exploitation of parental fears seems to be a key component to religious right attacks on the LGBTQ community in so many areas:

And it’s not just lies about children.

If one was to replace the word “gay” with “transgender” in arguments against trans people serving in the military, he or she would practically be reliving the “gays in the military” argument of the early 90’s over again.

But in the case of the LGBTQ community, it’s downright laziness. We’re like mice in a maze following the same directions repeatedly, constantly playing the game of the anti-LGBTQ industry instead of calling it out as a game.

It’s time what we realize that this is war. Not a physical war, mind you, but one  using strategy,  exploitation of fear, and the entitlement of religion. Groups hiding behind “personal religious beliefs” seek to openly declare the LGBTQ community as villains or erase our lives, our children, and our families by consciously omitting them

It’s not a war which can be won by solely participating in street protests, or facebook memes, or constantly being put on the defensive by organizations who devote a hell of a lot of time and money than we realize to eradicating our equality. Nor can it be won by claiming that if you ignore religious right groups and their shenanigans, they will go away. They aren’t going away.

We need more than people protesting in the streets. We need people in front of the cameras, on the editorial pages, in front of communities. We need people with enough patience behind the scenes developing framework. We need everyone focused on one common goal – telling the story of the long war of lies and fear against the LGBTQ community. And the key to this is acknowledging we have an enemy, knowing that enemy, and not taking the enemy’s bait by waiting for them to put us on the defensive yet again.

Will the LGBTQ community be prepared to do that? Finally?