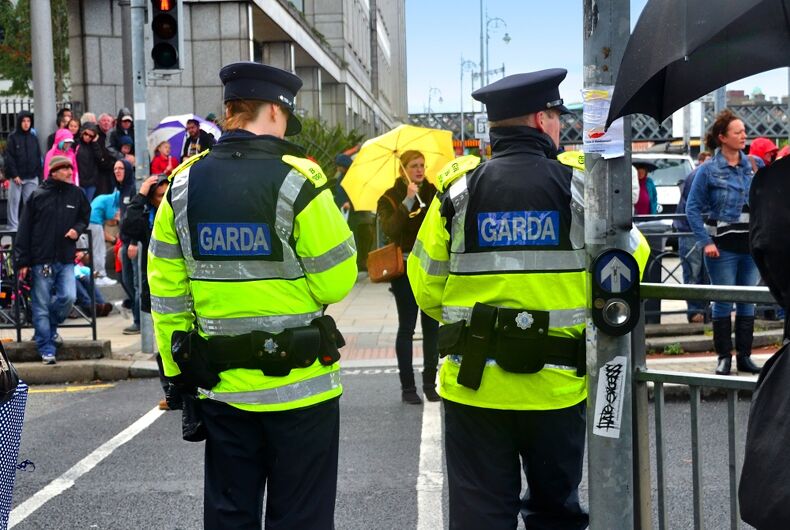 Gardai in Sligo have not said if any arrests have been made.Photo: Shutterstock

Gary Daly, 32, was at a pub on a date, when they kissed. Someone shouted “Are those two gays kissing?”

Daly said that the person who shouted told them to leave, but they refused. “We have the same rights as anyone else to be here,” he recalls saying.

The stranger left and came back with around ten friends. They started to get angry, and, according to Daly, that’s when one of them punched him.

“He caught me a cheap shot head-butt to the side of my face out of the blue and then they began punching and kicking us.”

He was thrown down a flight of stairs leading outside. The attackers started using garden furniture to beat the gay men.

The attack was stopped by someone else, and everyone went back into the bar. The attackers started shouting homophobic insults and the attack started again.

“One of them came over and bit me on the nose,” Daly said. “Another one had grabbed my friend by the head and bounced it off the bar.”

He said that the attacker who bit him said “I am not into that shit'” as he was leaving.

Daly was left with bruises and scars and is also being treated for a possible hepatitis B infection from the bite. His date’s jaw was hurt so much that he can’t eat, and he is being treated with antibiotics, anti-inflammatories, and painkillers.

Daly said he will not express affection so readily in the future. “After the attack I would second-guess kissing another guy in public.”

Local police say they are investigating the attack.