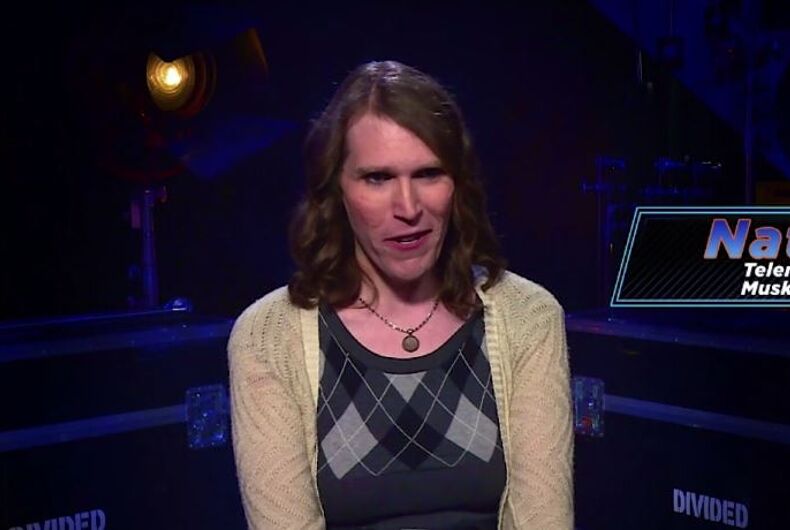 A transgender woman and a Trump supporter feature in a preview for a new game show where the American Dream is debated and sparks fly.

GSN’s Divided brings people together to debate the issues at a breakneck pace, in order to come to a consensus as the clock ticks down as to what the majority of Americans think about the issues of the day.

“When asked if the American Dream was alive and well, what did the majority of Americans reply?” the four contestants are asked.

Natalie Dressler, who says at the start of the promo that she is proud to represent the transgender community on the show, and the Trump supporter, unsurprisingly, don’t see eye to eye. While he argues that America is greater now than ever before, and that those who don’t like it can leave, Natalie reminds him of the president’s slogan.

“The winning candidate had the Make America Great Again sort of slogan, which means that there used to be a dream, and maybe there isn’t a dream anymore and he wants people to go back to sleep to get back to the dream,” she says.

Trump famously announced the death of the American Dream while campaigning for the presidency.

“We have the greatest country in the world,” says Trump supporter Robby Mione, adding that he has met the president “many times” and that he is “a great guy.”

“You have eight years of this, enjoy it,” he adds.

Watch the clip below, and find out what the majority of the country think about the American Dream. The episode ends airs on Thursday.

Is Madonna going to be a guest judge on the next season of RuPaul’s Drag Race?

Watch as Ellen DeGeneres terrifies Sarah Paulson with a clown