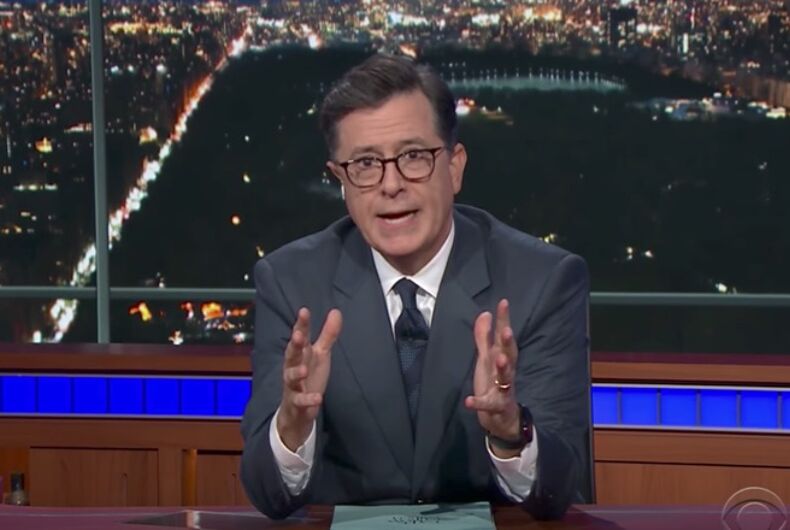 Donald Trump’s incompetence and callous disregard for American lives continued this week as he finally broke his silence on the devastation in Puerto Rico after Hurricane Maria. The entire island is lacking electricity, basic sanitation and medical supplies.

The island has filed for bankruptcy and, in true Trumpian fashion, he blamed them for the island’s condition following one of the most severe storms in history. As a US territory, but not an official state, the American government’s willful blindness to their economic and infrastructural failure cannot be overstated.

The lack of government response to the tragedy in the Caribbean is at Katrina-level ineptness as a Navy hospital ship remains docked in Virginia while private cruise ships are providing needed supplies and housing for victims.

Late Show host Stephen Colbert, outraged at the criminal neglect of American citizens, ripped into Trump last night for his utter failure to respond to the catastrophe – instead focusing on football and threatening nuclear war with North Korea.

Texas & Florida are doing great but Puerto Rico, which was already suffering from broken infrastructure & massive debt, is in deep trouble..

…It's old electrical grid, which was in terrible shape, was devastated. Much of the Island was destroyed, with billions of dollars….

…owed to Wall Street and the banks which, sadly, must be dealt with. Food, water and medical are top priorities – and doing well. #FEMA