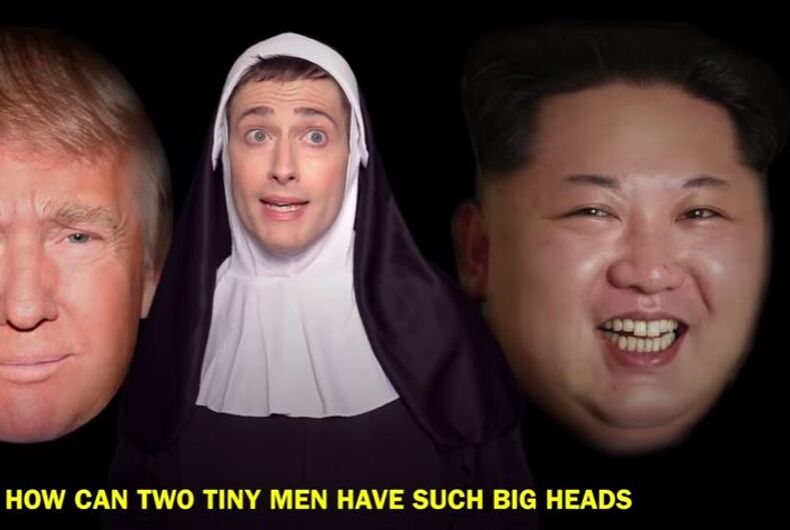 Randy Rainbow is back with a new video taking aim at Trump over his insistence on handling every problem, no matter how consequential, like a complete child.

Rainbow rocks a nun’s habit and a pair of giant glasses, as he switches from parodying The Sound of Music to “Rocket Man” by Elton John.

We don’t know how you solve a problem like North Korea, and our president obviously doesn’t either, but we do know that, as usual, Rainbow delivers. Watch him nail it yet again in the video below.