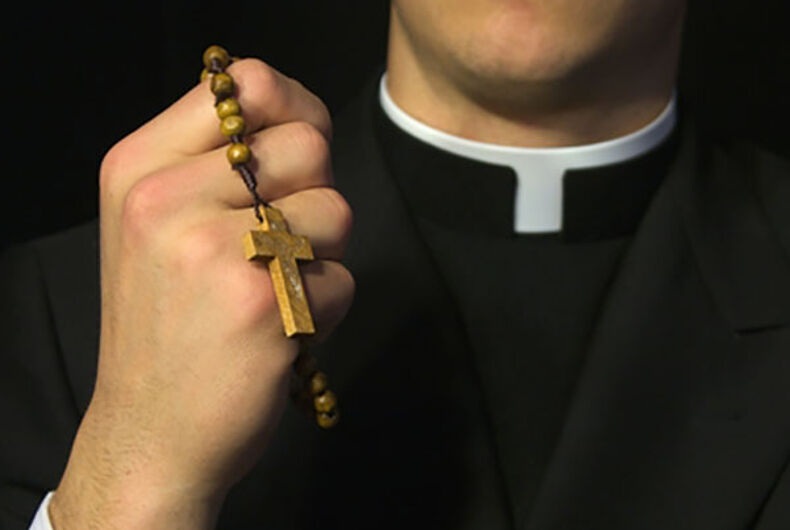 A priest at a church in Melbourne, Australia told his congregation to vote against marriage equality, and allegedly said that gay people should be shot.

Liz Tasiopoulos said she attended a Father’s Day service, which takes place on September 3 in Australia, at the Greek Orthodox Church. It included a memorial service for a woman who had committed suicide after struggling with her sexuality, making the alleged comments that much more hurtful.

“The priest was screaming at us [that same-sex marriage] was blasphemy. The comments were so hurtful I couldn’t stop crying,” Tasiopoulos told news.com.au.

The priest is then said to have told the congregation to vote against marriage equality. Australia is holding a postal survey to determine where their population stands on the issue, in spite of polls that already show strong support.

She added that when a woman stood up and said she would vote in favor of marriage equality, the priest told her, “Shame on you.”

Others walked out as well, according to Tasiopoulos, including some gay parishioners.

“A young man was in tears. I tried to console him as he had only just had the courage to come out,” she said. “I told him God loves you, we love you, ignore him, while the priest was screaming at us that it’s blasphemy.”

“I can’t fathom this much hate on Father’s Day as (the deceased woman’s) father was having to listen 40 days after he laid his only daughter to rest.”

The church failed to respond to requests for comment by news.com.au, but some members of the church have taken to social media to dispute Tasiopoulos’s accounting of events, claiming the priest said, “My mouth is my gun” in Latin. But no one seems to dispute the priest was upset when members of his flock argued with him over his stance against marriage equality.

LGBTQ rights advocates had been urging the government to decide the issue without a postal survey, fearing this type of rhetoric would be whipped up in the debate.

Vicious anti-gay posters have shown up on major Australian streets, including Melbourne, some with apparent ties to a white supremacist group.

The postal survey is due to be sent out to eligible voters on September 12.