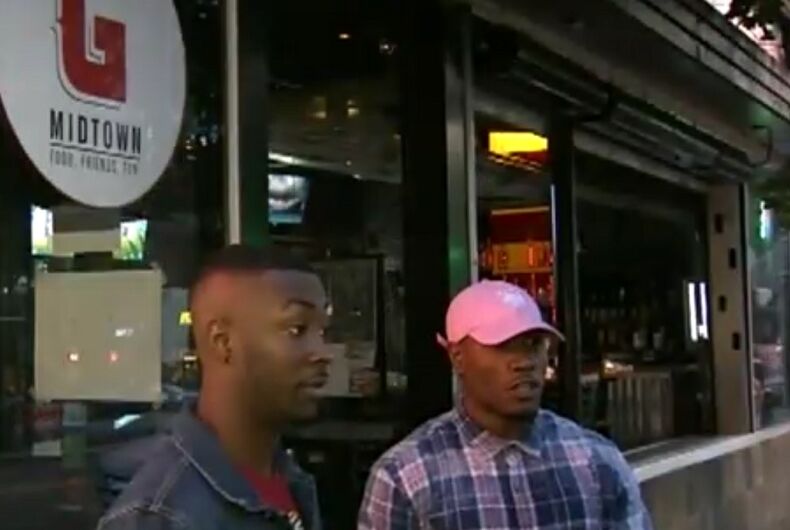 Police arrived at TEN at 12:20 a.m. and told the bar owner to close his business. “They told us we were operating illegally and that we were not able to be open past midnight,” owner James Nelson said.

Nelson printed the city ordinance that said that the bar could stay open for a few more hours, but the officer insisted that they close. The police went on to close Blake’s, G’s Midtown, and 10th and Piedmont, three other LGBT establishments, but did not close any other bars or restaurants that night.

“It was homophobic and I think it was also racially motivated,” Nelson said. “We were the only businesses in the city of Atlanta that were asked to close.”

The closings were particularly ill-timed as pride weekends are critical moments for LGBT establishments’ bottom lines. Local news reports that hundreds of people were at the bars when they were told to close.

Atlanta police have apologized for the closings, saying that they were the result of a “communications failure.”

“The fact is he made a mistake,” a police spokesperson said, referring to the Zone 5 watch commander. “There were actions he could have taken and the chief believes he should have taken before asking these bars to shut down.”

Atlanta Police insist there is no evidence of discrimination, and they have removed the watch commander from that duty. The police pointed out that the shift commander is openly gay himself.

Why Donald Trump and other conservatives deny climate change