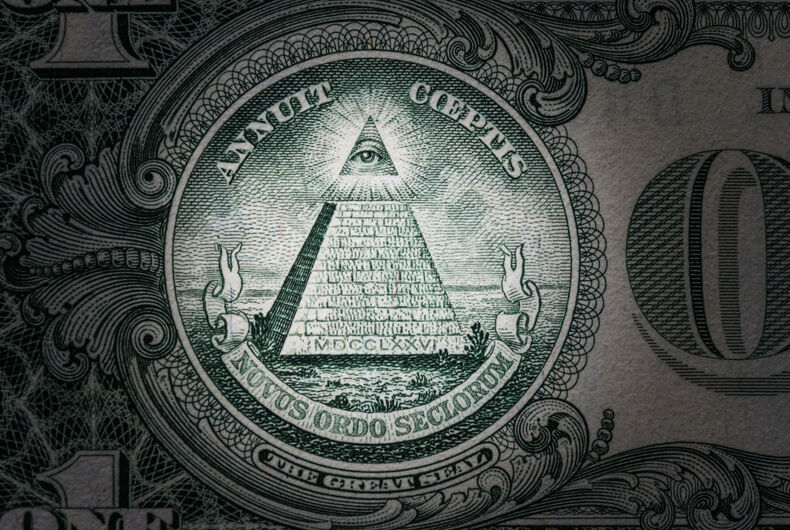 Conservative conspiracy theorist and former firefighter turned self-proclaimed prophet Mark Taylor, who claims God told him back in 2011 that Donald Trump would become president, believes he’s onto a sinister plan by the Illuminati, Freemasons, and the media.

Taylor, appearing on Christian talking head Sheila Zilinsky’s radio program, believes people are opposing President Trump not because of his disastrous and bigoted policies, enacted with all the grace of a drunken giraffe trying to climb a spiral staircase while wearing roller skates, but rather due to Satanic sound frequencies that change one’s DNA.

“I believe what happened on November 8, is the enemy has literally sent out a frequency,” Taylor said, “and it agitated and took control, basically, of those who have their DNA that was turned over to the enemy. That’s what’s happening. The Illuminati, the Freemasons, all these people, their main goal is to change the DNA of man, and they’re doing it through these frequencies, through the bombardment.”

Taylor added that he is receiving emails from Christians saying they are being ignored by friends and family over their support of Trump, which he also claimed is due to their DNA “being controlled by the enemy.”

What’s up with the homosexual tendencies of hurricanes?

Donald Trump possesses the opposite of the Midas touch