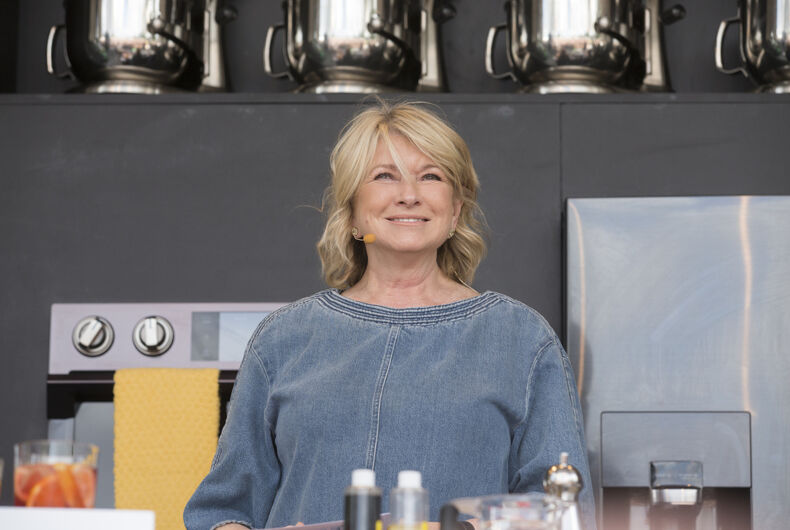 5/26/17: Martha Stewart interacts with the crowd at the culinary stage during the BottleRock Napa Valley Music and Food Festival in Napa, California.Photo: Sterling Munksgard / Shutterstock

The ultimate arbiter of taste and cuisine has spoken and Starbucks is gonna be pissed.

You can buy just about anything flavored with pumpkin spice flavor nowadays, but Martha Stewart isn’t having it. The craze set off by Starbucks’ pumpkin spice latte has quickly become the calling card for “basic bitches” everywhere.

Beckys nationwide are mourning in black yoga pants after Stewart’s recent appearance on Watch What Happens Live with Andy Cohen. After a viewer asked the domestic goddess, “Martha, is pumpkin spice-everything delicious or for basic bitches only?” Stewart was quick to reply.

“Wow! Martha Stewart says pumpkin spice is for basic bitches, you guys. I love this—this is the greatest moment of this show ever!” Cohen enthused

Still, as People points out, Stewart is hardly the first celebrity to chef to pan the overused flavoring.

“I would like to see the pumpkin spice craze drowned in its own blood,” Anthony Bourdain said last year.

Starbucks relaunched their infamous latte on September 1 – the same day they raised prices 10% across the nation. The flavor is offered in six different variations and in two bottled drinks sold in groceries and convenience stores.