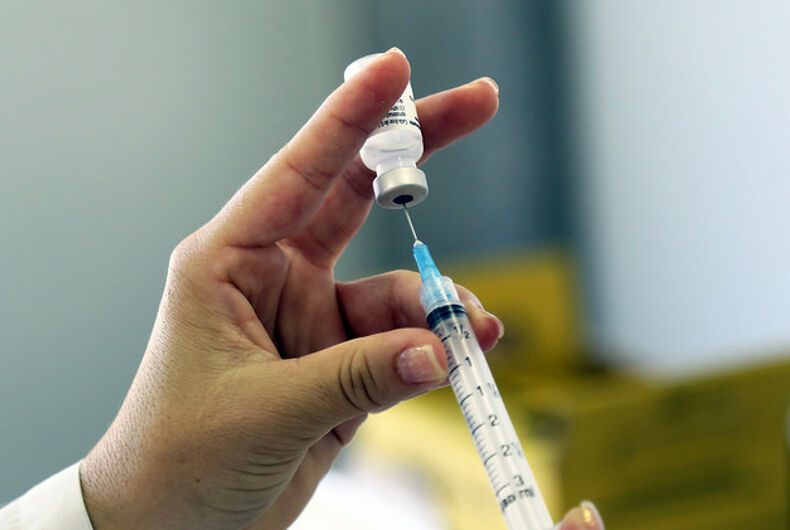 An announcement that could mean the beginning of the end for the worldwide HIV/AIDS epidemic came this week on stage at the Global Citizen Festival.

For the first time in history, a vaccine able to treat all strains of HIV is moving on to large scale human efficacy testing in humans.

“For the past ten years, we have been working on an HIV vaccine, using an innovative technology platform, the same technology we are using to make vaccines for Ebola and Zika,” said Paul Stoffels, Chief Scientific Officer, Johnson & Johnson.

He explained that with their “global vaccine, meant to protect against a variety of HIV strains,” has shown great results.

“In early stage clinical studies, we have seen 100 percent immune response in 350 healthy volunteers who participated in the study,” he declared.

“Today, we are thrilled to announce for the first time that we are going into large scale efficacy testing of the vaccine in humans,” he announced to cheers and applause.

“As a scientist and a physician, I can tell you, this vaccine holds the promise of groundbreaking development,” he continued. “We all know that science is unpredictable, but these results make me more optimistic than ever that we will get to a vaccine in our lifetime and prevent people from contracting HIV forever.”

Watch his announcement in the video below. Whoopi Goldberg and Hugh Jackman also appeared onstage ahead of Stoffels.

Did Debra Messing get in trouble with NBC for dissing Megyn Kelly on social media?