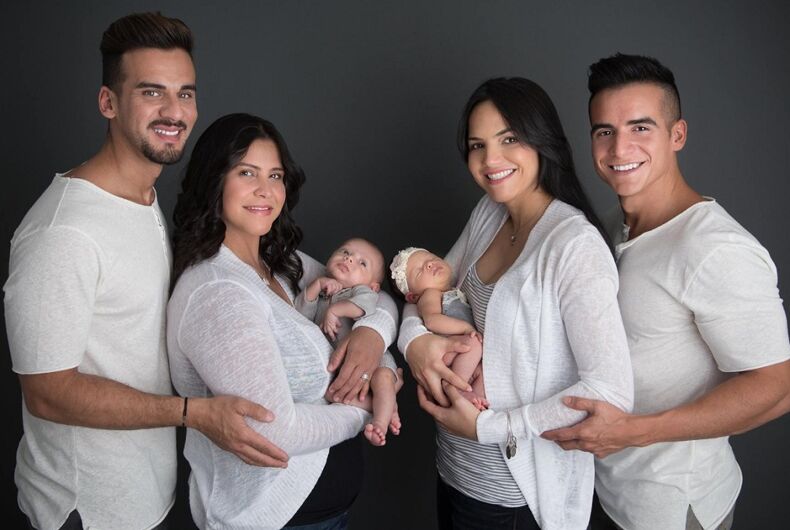 Mariely Martinez, 34, and Carla Melendez, 32, are married, and they each had a baby within a month of one another. But their beautiful family doesn’t stop there: the babies’ fathers are also married to each other.

The women wanted children, and so they researched their options online. It didn’t take long for them to agree that they wanted their children’s fathers to be a part of their lives. “We knew at that at some point the babies were going to ask us, ‘Who’s my dad? What does he look like?'” Melendez told ABC News. “With a sperm bank, you don’t have that.”

The women had known Alex Torres, 30, for ten years, and he had recently moved to their home state of Florida with his husband, Juny Roman, 33.

“At the beginning, it was going to be Alex only – the donor to both babies,” Melendez said.

But then they got to know Roman. “Mariely knew she wanted him to be a dad. She loved his personality, everything about him.”

On July 23, Matteo was born, and Marla was born on August 22. The women have full custody of the children and the men are involved in their lives.

“For my kids, they are going to have a lot of love,” Roman said. “[Martinez and Melendez] have given us the opportunity to be part of this journey. We are a new, modern family.”