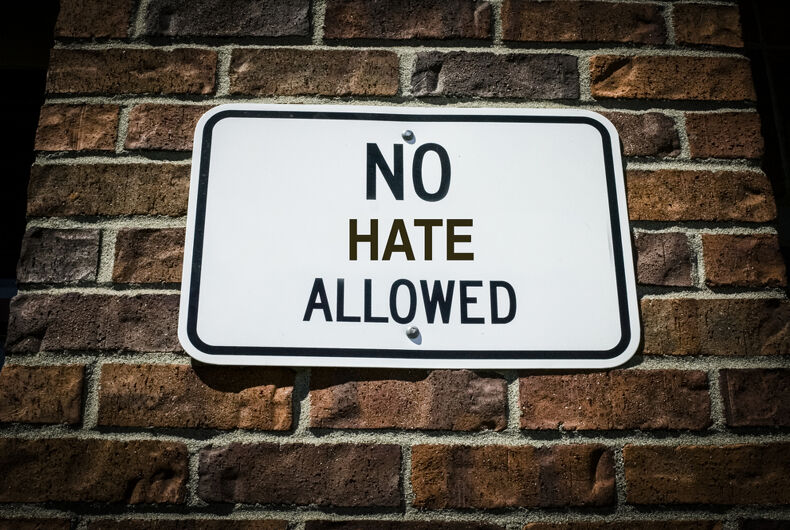 Michigan Democratic state senators Curtis Hertel Jr., David Knezek, and Jim Ananich sponsored a resolution condemning hate groups as domestic terrorists and got an unexpected surprise from the other side of the aisle.

Senate Resolution 82, entitled “A resolution to denounce radical hate groups and declare them domestic terrorist organizations,” includes specific mentions of hate groups and marriage equality; it passed unanimously through the chamber on a voice vote.

While the resolution doesn’t establish any new laws, it is still a remarkable achievement for a GOP controlled state legislature.

Read the entire resolution below.

Whereas, The United States was founded on the principles that all men are created equal and have the unalienable right to life, liberty, and the pursuit of happiness. In the more than 240 years since this declaration, our nation has strived, struggled, and made great progress toward achieving these lofty ideals. Ending slavery, women’s suffrage, the civil rights movement, and marriage equality were all major moments in our history where we recognized injustice and inequality and worked to end it; and
Whereas, White nationalist and neo-Nazi groups endorse agendas that are in irreconcilable conflict with our nation’s foundational principles of liberty and justice for all. Throughout the course of our nation’s history, these groups have promoted intimidation and violent repression of individuals solely on the basis of their race, ethnicity, religion, sexual orientation, or immigration status; and
Whereas, Although white nationalism has attempted to reinvent itself, self-identifying as the “Alt-Right,” its present-day rhetoric and terrorism conjure painful memories of our nation’s past. Race-based hatred remains an integral component of these groups’ core orientations as they seek to reignite social animosities, reverse improvements in race relations, divide the nation, and provoke hatred, classism, and ethnic eradication; and
Whereas, The white nationalist and neo-Nazi message of racial and social intolerance has led to senseless acts of violence that terrorize members of ethnic and religious minority communities. The tragic events that took place on August 12, 2017, in Charlottesville, Virginia, prove that white nationalism and neo-Nazism remain very real threats to social and racial progress and peace in our nation;
now, therefore, be it Resolved by the Senate, That we strongly denounce and oppose the violent terrorism, totalitarian impulses, xenophobic biases, and bigoted ideologies that are promoted by radical hate groups and declare these groups to be domestic terrorist organizations;
and be it further Resolved, That copies of this resolution be transmitted to the President of the United States, the Governor, and the members of the Michigan congressional delegation.

Check out this college scholarship program for LGBTQ student equality

White Christians are now a minority in America