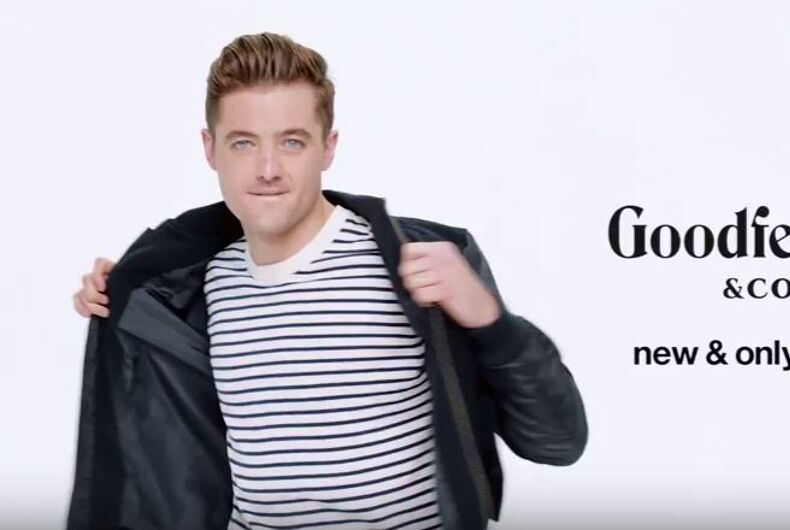 Professional soccer player Robbie Rogers, who came out as gay in 2013, is starring in a new Target ad that has been airing during NFL football games, Outsports reports.

Rogers, who plays with LA Galaxy, posted on Instagram that he was excited to partner with Target for the launch of the company’s new clothing line Goodfellow & Co.

#Ad #TBT Had so much fun a few weeks ago filming with @Target. I'm really excited to be partnering with them to launch their all-new brand #Goodfellow. Lucky enough to have explored the line and I'll be sharing some of my favorites over the next few weeks.

“We’re thankful to Target for featuring an out gay man — with a fiancé and baby — in their campaign, and we continue to be grateful to Rogers for his willingness to be a voice and a face for LGBT equality,” Outsports writes.

Rogers also has his own line of clothing Hampton + Baker.

Target announced earlier this year that it was teaming up with Stockholm-based company Toca Boca to offer a gender neutral clothing line for kids.

It also spent $20 million to add gender neutral bathrooms to all its stores.

Watch the ad featuring Rogers below.