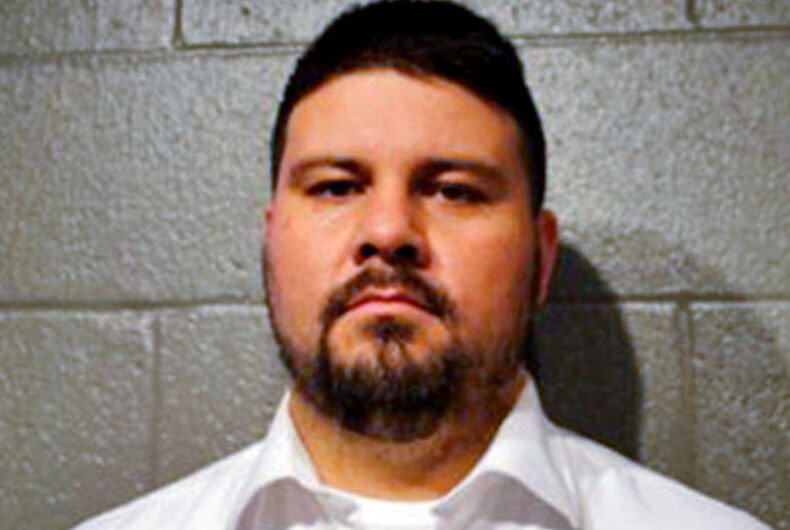 A Republican Oklahoma legislator charged with hiring a 17-year-old boy for sex resigned in March, but new legal charges are keeping him in the spotlight.

According to court documents, four federal child porn-related charges have been filed against former state senator Ralph Shortey. He was previously charged with engaging in child prostitution, transporting a minor for prostitution and engaging in prostitution within 1,000 feet of church.

Shortey was found at a motel with a 17-year-old boy after the teen’s father called the police. Officers found lotion and an open box of condoms inside backpacks in the room.

A police report shows a search of the teen’s tablet uncovered a series of sexually explicit exchanges in which Shortey referred to the teen as “baby boy” and offered him cash in exchange for “sexual stuff.” The conversation had started with the teen messaging Shortey that he needed “money for spring break,” police wrote.

Police say Shortey and the teen both told officers that they had known each other for about a year, having met through Craigslist and later communicating via the messenger application Kik, which has been criticized as being unsafe for minors.

The age of consent in Oklahoma is 16, but Oklahoma’s child prostitution statute applies to any person under 18 years old. It’s unclear from the police report or charging documents if Shortey and the teen actually had sex.

During his seven years in the state Senate, Shortey built a name for himself by pushing bills targeting undocumented immigrants. He routinely voted with his Republican colleagues on bills targeting LGBT people, including a measure passed earlier this year that would allow business owners to discriminate against gay people.

“He was never vitriolic about it, but he would make the bad votes,” said Troy Stevenson, director of Freedom Oklahoma.

The Advocate, Out & Pride sold to owner of High Times magazine