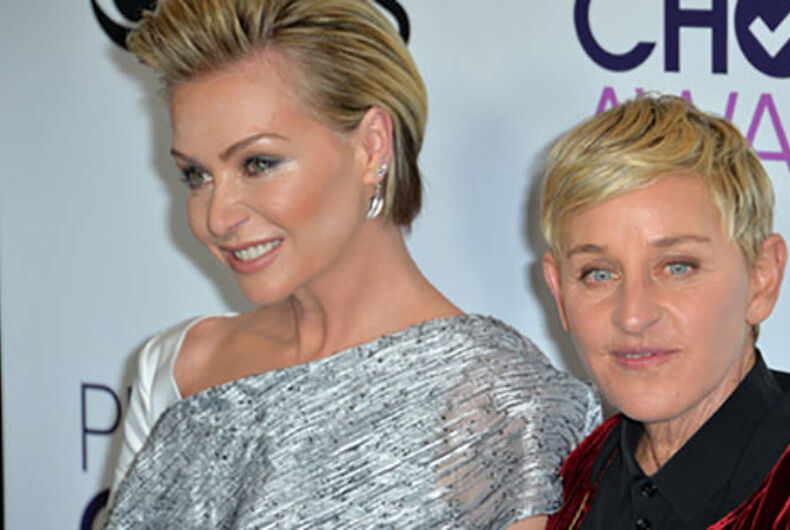 In a candid interview with Ryan Seacrest, Ellen DeGeneres dropped a bombshell. As her talk show, The Ellen DeGeneres Show, starts it’s 15th season, she shared a story about the beginning of the show that will blow you away.

“They didn’t think anyone would watch a lesbian during the day,” DeGeneres said. “[Keeping my sexuality quiet] was really not just implied it was verbal … I remember there was something that happened to my finger and I was in a relationship and I was going to say ‘we’ and they wouldn’t let me say ‘we.’”

“It felt horrible because I had worked so hard to be truthful and to come to terms of my shame of hiding something that I knew wasn’t wrong … It was a hard balance,” she added. “What’s more appealing than anything is honesty. … It means a lot of different things. It’s not just 15 years … it’s 15 years of me thinking I wouldn’t work again so it’s really a great accomplishment.”

DeGeneres was honored by President Obama in 2016 with the Presidential Medal of Freedom, the highest honor bestowed on a citizen for her groundbreaking work and quiet determination to advance LGBT rights after she came out in the 1990s.

“What an incredible burden that was to bear, to risk her career like that. People don’t do that very often, and then to have the hopes of millions on your shoulders,” Obama said at the time.

Ellen may have been forbidden from talking about her lesbian relationship on her talk show, but she’s never backed down from the truth. That’s why she’s a national treasure and no one knows the name of her producers.

Will San Francisco’s transit authority give preference to LGBT contractors?