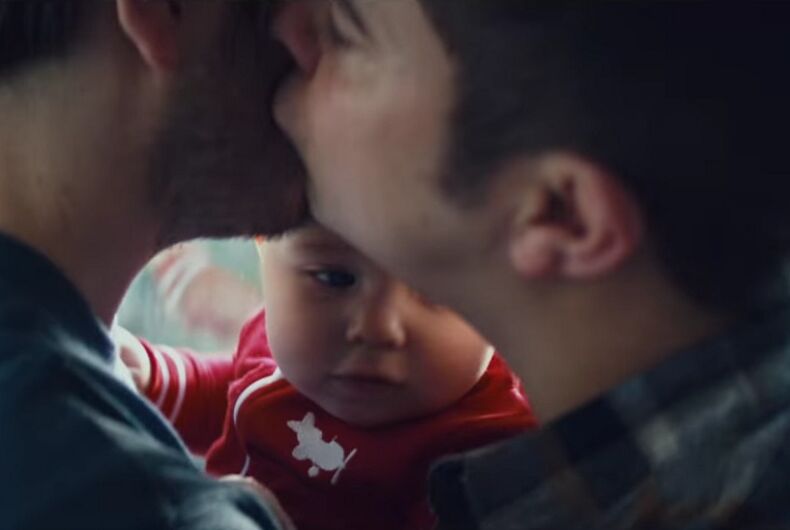 An ad for McCain frozen potato products in the UK featured all sorts of families eating potatoes, which made some people upset.

Hateful comments were directed at Lee and Mat Samuels-Camozzi, the gay dads in the ad. They appeared with their 19-month-old son Carter, and they have been called perverts and told that they’re denying their child a mother.

“We are shocked this kind of attitude exists in the 21st century,” Lee said. “We’re proud of our little family and we have nothing to be ashamed of.”

“One of the most hurtful compared us to perverts, saying ‘Whatever next, society accepting pedophiles?’”

Lee said that they received dozens of hateful messages from people who didn’t know them before they made their Facebook profiles private. Also, the YouTube comments on the ad are full of vitriol directed at the couple, as well as racist comments about the mixed-race families in the ad.

I won’t copy any of them here since I’m sure you all can imagine what they say. Instead, here is a response: “IT’S A CHIP ADVERT, GET OVER IT AND EAT UR POTATOS﻿.”

It’s 2017, and gay people existing is still enough to break some people’s brains.

Trans activists and transphobic feminists violently clash at a protest