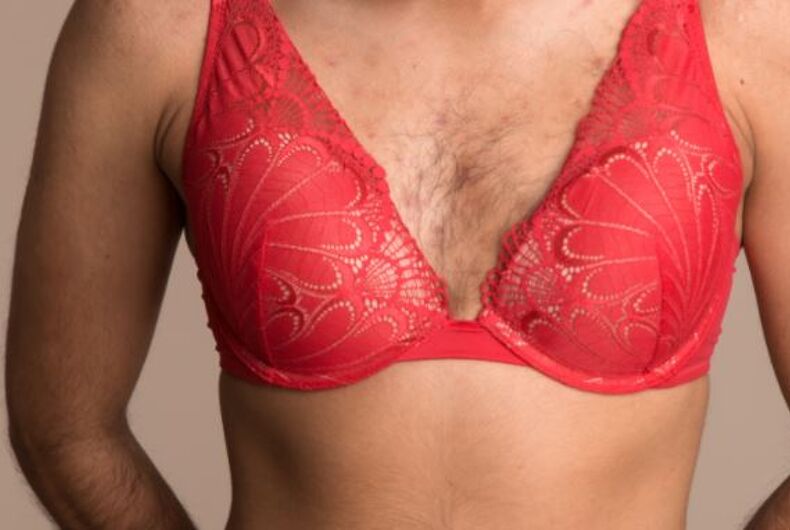 A court has overturned a Scottish man’s conviction in court for wearing a bra in his own home.

David Wotherspoon, 41, was convicted of breaching the peace for wearing the women’s undergarment within full sight of his neighbors.

Wotherspoon was reportedly spotted rubbing his nipples, in what judges called an “exhibitionist” and “provocative” display. He was spotted by a 48-year-old male neighbor, as well as two women, aged 19 and 22. The behavior is said to have taken place between January and August of 2015.

The Sheriff Appellate Court upheld the sheriff’s decision, arguing that “parading at an open door and in front of the living room window bare chested apart from a visible pink brassiere and on one of those occasions rubbing his nipples…could readily cause alarm in a reasonable person and disturbance in the community.”

He took his case to the Court of Criminal Appeal in Edinburgh, where it was overturned.

“The appellant’s conduct may have been exhibitionist, provocative and even perverse. None of these descriptions render it criminal.” said Lord Carloway, the Lord Justice General, sitting with Lord Drummond Young and Lord Turnbull.

“Although the wearing of clothing more suited to a different gender has been held to constitute a breach of the peace in certain circumstances, the court is unable to hold that a man wearing a bra in his own home amounts to conduct which is either genuinely alarming to any reasonable person, although it may be to some, or that it threatens serious disturbance to the community,” he continued.

“It may, as the witnesses said, cause concern or be regarded as weird or strange, and be classified, as the sheriff described it, as provocative, exhibitionist or even perverse, but that is some distance from conduct meeting the criteria. The appeal is therefore allowed.”

No mother of mine: Mother Teresa was hardly a saint