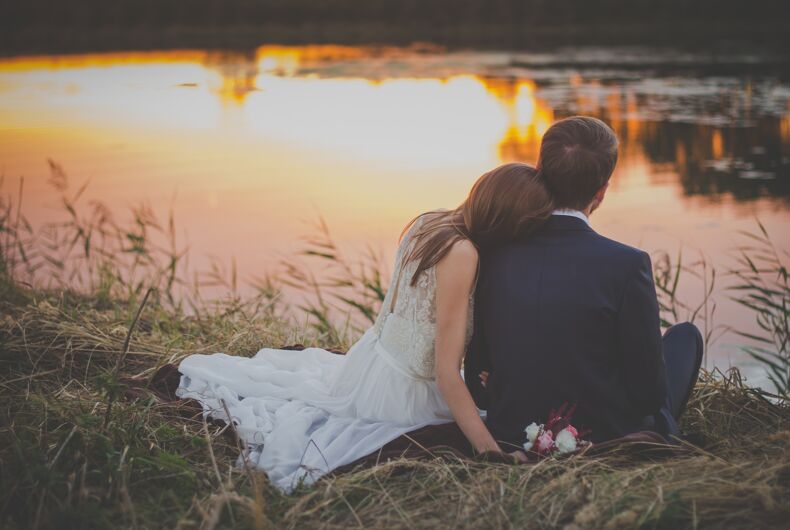 A church has cancelled a straight couple’s wedding because the bride-to-be spoke out in support of marriage equality in Australia.

The woman, along with her 25 year-old fiance, were summoned into minister Steven North’s office, and told that he would no longer marry them at the Presbyterian church, Ebenezer St John’s in Ballarat, due to her social media post.

North wrote a letter to the woman as well, in which he stated, “[Y]our commitment to same-sex marriage opposes the teaching of Christ Jesus and the scriptural position practiced by the Presbyterian Church of Australia and by me.”

“This conflict of views has practical consequences in relation to your upcoming wedding,” he added.

The couple, who wish to remain anonymous, are leaving the church. They announced their intentions in a letter to North.

“We feel this decision is absolutely disgraceful and is a disgrace to you and all the church, especially when we have been loyal and valued members of this congregation for 10 years,” they wrote.

“You were made aware from the beginning of our proceedings that we had gay friends and also that people in our wedding party were gay. How could you assume that we would abandon them or degrade them with regards to same-sex marriage?”

LGBTQ rights advocates had asked the government to decide the issue of marriage equality without first holding a costly survey, especially in light of polls that show a vast majority of Australians support it.

Anti-gay posters, some with apparent links to a white supremacy group, have been showing up on the streets of major Australian cities, urging people to vote no on marriage equality.

Australians have until November 7 to get their surveys in, and results will be published November 15.