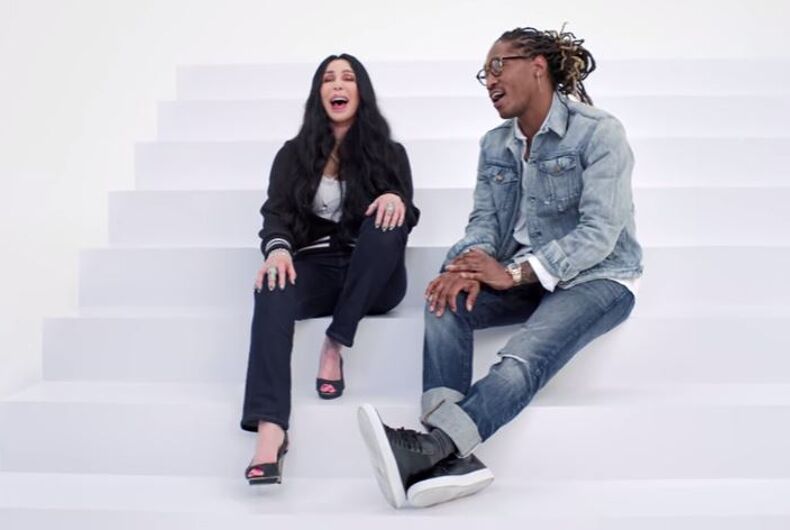 Cher and Future in a new ad for The Gap. Photo: YouTube/The Gap

Cher and Future meet up in a new Gap ad in a series promoting unity.

The pop star icon and the rapper sit together on a white staircase and sing a bit of the Sly & The Family Stone hit “Everyday People.”

“I love the idea of ‘Meet Me in the Gap’ because it’s easy to have common ground if you are really open and curious to people from different cultures,” Cher told Evening Standard of the campaign.

“I didn’t know who Future was before this but I knew it would be so fun to work with someone who is completely unlike me, and who is young, really talented and striving,” she added.

“There was a great dynamic when working with Cher and we felt like we were doing something so much bigger than the two of us,” Future said.

The advertisement is similar to a campaign the company ran this year called “Bridging the Gap,” which featured a number of celebrities, including transgender model Casil McArthur.

Watch Cher and Future’s ad below.