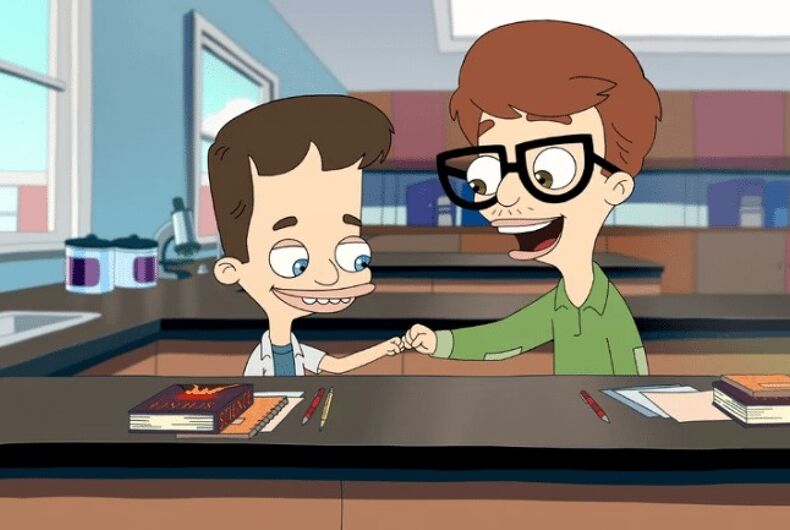 The so-called “alt-right” has been at war with Netflix this year, boycotting the original series Dear White People, based on the movie of the same name. The loosely knit group of white nationalist conservatives also after Amy Schumer’s The Leather Special, tanking the ratings.

Meanwhile, Schumer is about to debut on Broadway and is set to appear in several upcoming films.

Yet the far right fringe of the conservative movement fights on, doing their damndest to sink entities much bigger, more powerful, and more popular than they can ever hope to be, despite all their collective rage.

The new object of their disgust is Big Mouth, an animated show for adults, centering around middle-schoolers who are going through puberty, and claiming it is encouraging pedophilia.

To 99.9999999 percent of viewers, it is a humorous look back at a time we all struggled through, and not at all sexually stimulating and not intended to be so in the least.

Naturally, that’s not the story the alt-right is selling.

Alt-right site The Department of Memes is having a meltdown and points to the low rating the show’s trailer is receiving on YouTube, as well as the number of derogatory comments, as if they were the honest reactions of the average viewer and not the result of an obvious campaign against the show, in an ongoing feud with Netflix.

“The creative forces behind films and television shows have been pushing the envelope for decades, but there continue to be instances in which they cross the line,” she writes.

“While doing so, they touch on topics that are considered to be ‘cultural taboos.’ Eventually, the themes get mimicked by other shows and movies,” she continues. “Before you know it, it’s become normalized, and not too many people bat an eye over it.”

She particularly objects to a scene involving an animated, talking vagina, as well as “direct mentions” of “talking female genitalia.”

Watch the horrifying trailer below, if you can stomach it. It will be available to stream on Netflix starting September 29, and stars Maya Rudolph, Jason Mantzoukas, Jordan Peele, Fred Armisen, Jenny Slate, and Jessi Klein.

If you made it through that unmitigated filth, see if you can somehow get through this without turning into some sort of sexual deviant.