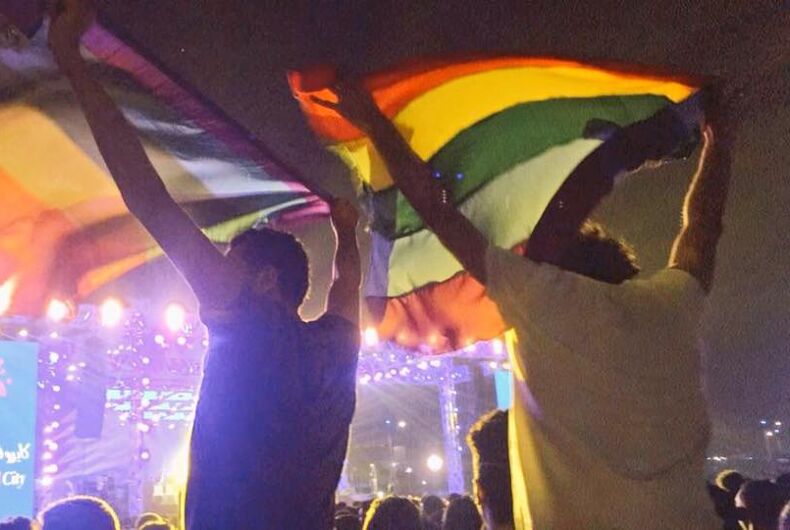 Attendees of a concert by a Lebanese band with an openly gay singer hold a pride flag in the air. Photo: Facebook/Rainbow Egypt

Seven people have been arrested in Egypt for raising a rainbow pride flag at a concert in Cairo by Lebanese band Mashrou’ Leila, whose lead singer is gay.

They were detained on Monday for “promoting sexual deviancy,” one of the several laws authorities use to go after LGBTQ people, despite homosexuality not being explicitly criminalized under Egyptian law.

Photos of the flag being held high at the concert went viral, leading to the arrests.

Solidarity With Egypt LGBTQ+ reported in November that it had recorded 114 criminal investigations involving 274 LGBTQ individuals since 2013.

The deputy head of the Egyptian Musicians Syndicate, Reda Ragab, announced it would attempt to stop Mashrou’ Leila, twice banned from performing in Jordan, from ever performing in the country again, calling Egypt “a religious, conservative society we need to preserve.”

Nearly a quarter of Americans think homosexuality should still be illegal