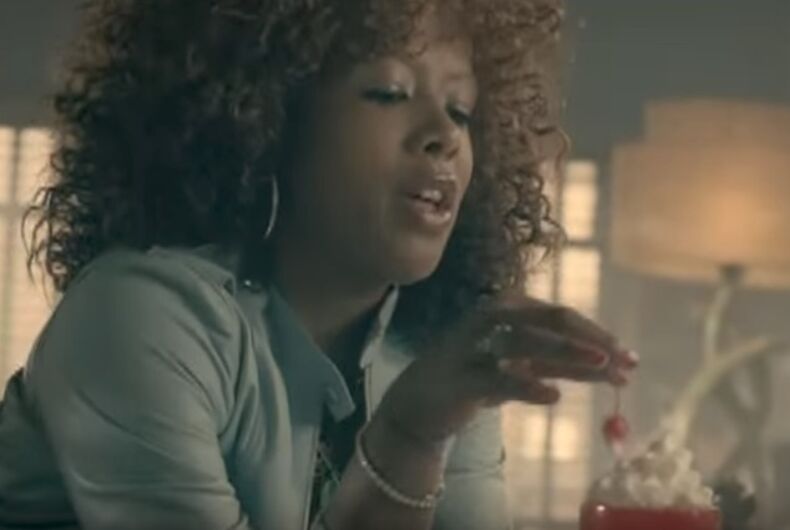 Kelis sippin' on her milkshakePhoto: screenshot

Her milkshake may have brought all the boys to the yard, but singer Kelis has never actually told anyone what her amazing milkshake recipe included. Was it just milk and ice cream? Was it chocolate, vanilla, or peanut butter ripple marshmallow fudge swirl?

In 2016 the singer, who also happens to be a Cordon Bleu-trained chef said she’d never even made a milkshake by hand. But now, for National Milkshake Day, Kelis is revealing her own recipe created in conjunction with Bailey’s liquor.

“The fact that there’s a day for chocolate milkshakes is kind of incredible,” she told Food & Wine. “Pretty much anything where there’s chocolate involved, I’m into it.”

So how did she end up following in her mother’s footsteps to become a chef?

“Creative people usually don’t have just one outlet,” Kelis said. “Being able to express yourself in different mediums is important.”

So without further ado, here’s the new recipe:

Combine Baileys, ginger beer, chocolate ice cream, candied ginger and cayenne pepper in a blender with a cup of ice. Blend until smooth.

Top with ginger-infused whipped cream and a piece of candied ginger.

Why do the Abrahamic religions use their holy books to enforce sexism & discrimination?