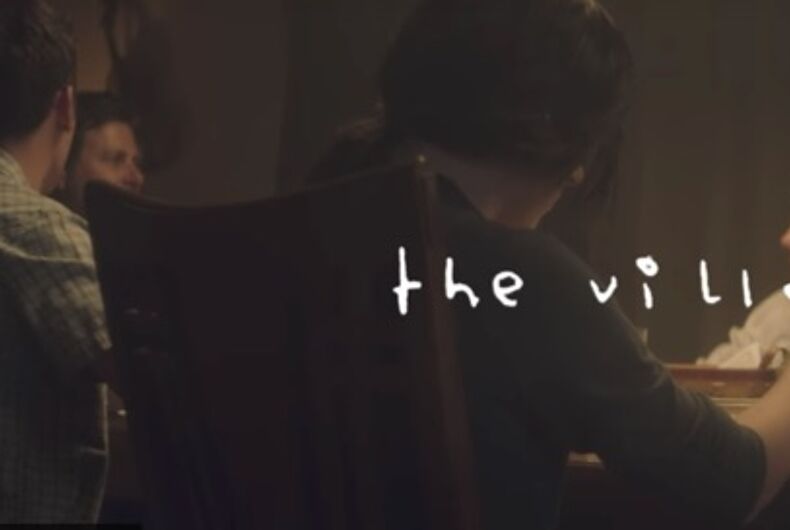 Wrabel, the gay pop star, has released a haunting new song and video to support the transgender community as the Trump administration continues its war on civil rights.

The video features trans actors and Wrabel posted it with a poignant personal note.

i wrote this song on february 23rd. the day after trump took away federal protections for trans students in public schools. today i release it, just days after he tweeted to ban trans people from serving in the military.

i just wanted to write a simple song letting anyone that feels like an outsider know that the problem isn’t you, it’s them. it’s the village. not in an aggressive us vs. them way, but just because you are the minority… just because people whisper “freak” when u walk down the hall… all of these things… it’s so hard out there… i know it is. these things aren’t pointing towards something wrong with YOU they’re pointing to a humongous problem with the majority… the “them”. there’s nothing wrong with you, there’s something wrong with the village.

two of my biggest supporters are trans teenagers. i’ve had the chance to meet their families. to get to know them. to hear about their struggles and dreams. hi. if you guys are reading this, i need to say thank you. thank you for being YOU. thank you for being honest and courageous and bold and vulnerable and transparent and true. you inspire me to be myself. you inspire me to be fearless in my self expression. my heart breaks for you. what this man is saying and doing. it has to stop. he is giving the village permission to hate. to look at those who are different as wrong and lesser than. i don’t know how else to raise my voice than in a song. and so, i wrote a song for you.

i came out as gay at around 23. i grew up in the church. i came out into a church in los angeles that called it “same sex attraction”. it was wrong. i was wrong. it was evil. i was evil. “unnatural” they called it. “unnatural” they called me. i can’t pretend like i know what it’s like to be trans. to feel those feelings and know those struggles. all i can do is try to speak up and try to relate.

Newsweek’s brutal cover will piss off Trump, but the internet loves it