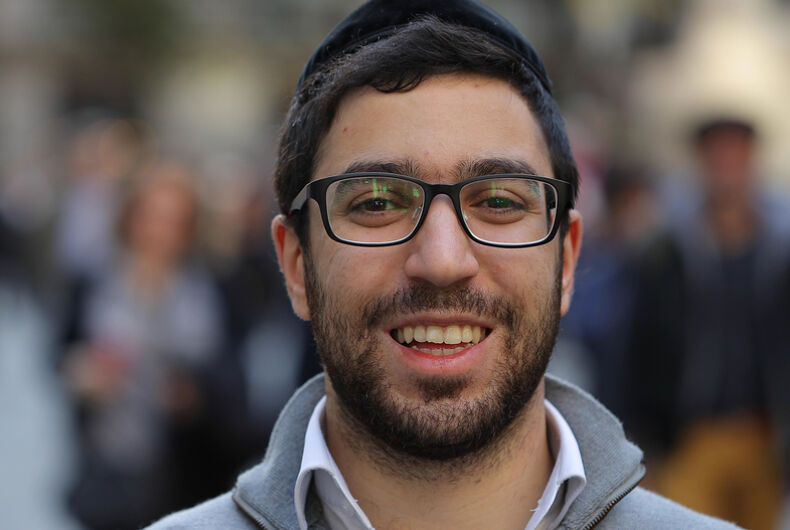 The estimated 1500 neo-Nazi white supremacists blared out this disgusting chant as they marched with their tiki torches through the streets of Charlottesville, Virginia in protest of the scheduled removal of a statue commemorating Civil War General Robert E. Lee. This march was reminiscent of similar events held throughout Germany, and in particular, in Nuremberg during the Nazi era.

So why do self-described “white supremacists” target Jews, many who appear “white”? The answer, stemming from a long and complex history, is quite simple: Though Jewish people are members of every so-called “race,” even Jews of European heritage (Ashkenazim) have been and still continue to be “racially” othered by some dominant Christian European-heritage communities in some quarters.

For this reason, members of white supremacist and neo-Nazi groups engage in religious, ethnic, and racial bigotry against all groups they consider non-white, including Jews. In other words, anti-Jewish prejudice and discrimination (a.k.a. anti-Semitism) is a form of racism.

The Racialization of Jews

Biologists and geneticists tell us that there is often more variability within a given so-called “race” than between “races,” and that there are no essential genetic markers linked specifically to “race.” They assert, therefore, that “race” is an historical, “scientific,” biological myth, an idea, and that any socially-conceived physical “racial” markers are fictional and are not concordant with what is beyond or below the surface of the body.

For millennia, some Christian theologians distinguished Jews as different from and inferior to Christians on religious grounds. A number of passages within the Christian testaments were used to give justification for persecuting Jews. For example, Matthew 27:24-25, and in 1 Thessalonians 2:15-16:

[T]he Jews, who killed the Lord Jesus and the prophets and drove us out, the Jews who are heedless of God’s will and enemies of their fellow man….All this time they have been making up the full measure of their guilt, and now retribution has overtaken the good of all.”

They also often equated Jews to the Devil:

Carl Linnaeus (1707-1778), born Carl Linné, (also know as the “Father of Scientific Racism”), a Swedish botanist, physician, and zoologist, developed a system of scientific hierarchical classification. Within this taxonomy under the label Homo sapiens, (“Man”), he enumerated five categories based initially on place of origin and later on skin color: Europaeus, Asiaticus, Americanus, Monstrosus, and Africanus.

Later, although Charles Darwin himself did not assert this, some of Darwin’s successors,  referred to as “Social Darwinists,” hypothesized that Jews no longer were simply a separate religious, ethnic, or political group, but rather, like black Africans and other groups (including homosexuals), Jews were throwbacks to earlier stages of religious and human development. Social Darwinists forwarded a so-called “racial” hierarchy placing “Aryans” on the top, black Africans at the lower end, and other “races” (including Jews) at various points in between.

In Europe, by the late 19th century CE, Judaism had come to be viewed by the scientific community as a distinct “racial” type, with essential immutable biological characteristics – a trend that increased markedly into the early 20th century CE.