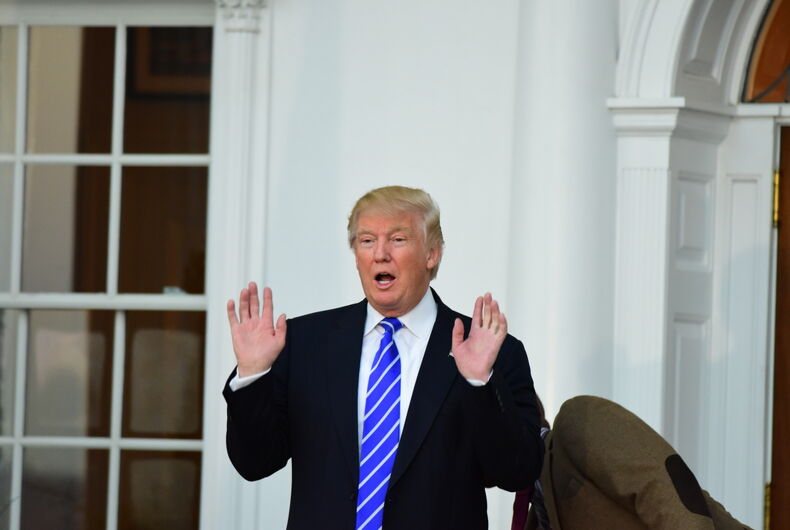 Every day the White House sends out talking points to Republican congress members and pundits to keep the GOP continuously repeating the party line. Plus, it can be hard to think of ways to defend Trump’s insane tweets and statements, so sometimes they need, well, a little help.

After Trump’s ridiculous defense of the so-called alt-right and white nationalists by claiming responsibility for the domestic terrorist attack in Charlottesville, Virginia should also be laid at the feet of anti-Nazi protesters. The protesters were hit by a car driven by a white supremacist; one woman was killed and 19 others were injured.

While Trump has been consistent in immediately labeling any crime involving an undocumented immigrant or Muslim as terrorism, once the attacker was a white man, he suddenly wasn’t as quick to pass judgement, saying he wanted all the facts before making a statement denouncing neo-Nazis. In fact, he’s still not sure it was domestic terrorism.

While his press conference was crazy enough, the “evening communications briefing” is even worse. Check it out on the next page courtesy of The Atlantic. (the talking points also included notes on Chinese trade policies and infrastructure that have been omitted.)