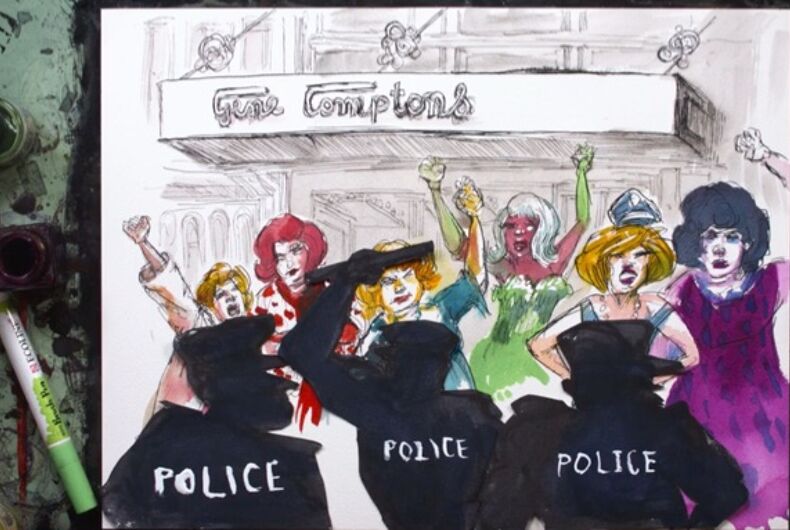 While the history behind gay rights – from Stonewall to same-sex marriage – has become better known as LGBT rights has risen as one of the top civil rights battles, the history behind transgender rights still isn’t as well known.

Laverne Cox, the ACLU, Transparent producer and artist Zackary Drucker, and the creative team of Molly Crabapple and Kim Boekbinder, have teamed up for a collaborative video that you definitely need to see if your knowledge of trans history begins and ends with Priscilla, Queen of the Desert.

(And you know that’s plenty of you out there. No shame. Learn it. You can’t have LGBT without the T. Those of you who are already in the know should watch it as a refresher without complaining that it didn’t go in depth about every minor thing. It’s for newbies.)

This is definitely a must-see primer for those who don’t know the history of trans rights and how it actually precedes the battle for gay rights slightly in the United States. From the first riot to the latest Supreme Court battle, Cox will talk you through it all in only 4 minutes.

Over half of Republicans would be okay with a Trump dictatorship