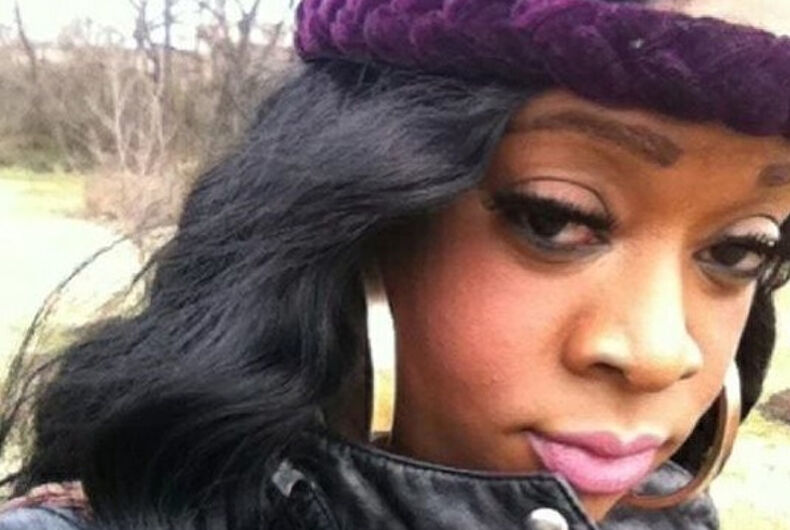 Deoni JaParker Jones was quietly sitting at a DC bus stop in 2012 when she was killed by a stranger who plunged a knife into her head and ran away. Five years later, after an extended back-and-forth over his competency to stand trial, Gary Montgomery is on trial for killing her.

Montgomery was arrested two weeks after the crime. He has been charged with first degree murder.

Security footage from that night shows the 60 year-old man, who has a history of drug abuse, walking up to the bus station and a witness who sat with the two of them in the shelter said he was staring intently at the victim.

“He kept staring at her and she kept ignoring him, looking at her phone instead,” Gabriel testified in court according to the Washington Post. “She was visibly uncomfortable.”

Jones death spawned local vigils and was part of a national outcry over the prevalence of hate crimes against transgender women – especially trans women of color. Sixteen transgender women have been killed so far this year.

But prosecutors haven’t charged Montgomery with a hate crime, saying there isn’t any proof of that. During an interview with police, Montgomery could only describe the victim as “the pretty lady.”

The length of time from Montgomery’s arrest to his trial has been incredibly long after extended legal wranglings over the state of his mental health. Doctors at a local psychiatric hospital where he has been held since he was arrested, St. Elizabeth’s, diagnosed Montgomery with schizophrenia. A judge ruled in late 2016 that his health had improved following his latest psychiatric examination making him capable of standing trial.

“It should not have taken five and a half years to get to a trial,” Jones’ stepfather, Alvin Bethea, told the Washington Blade. “This is not just painful to my wife and me but also to the LGBT community whose members only want to be able to live their lives without danger.”