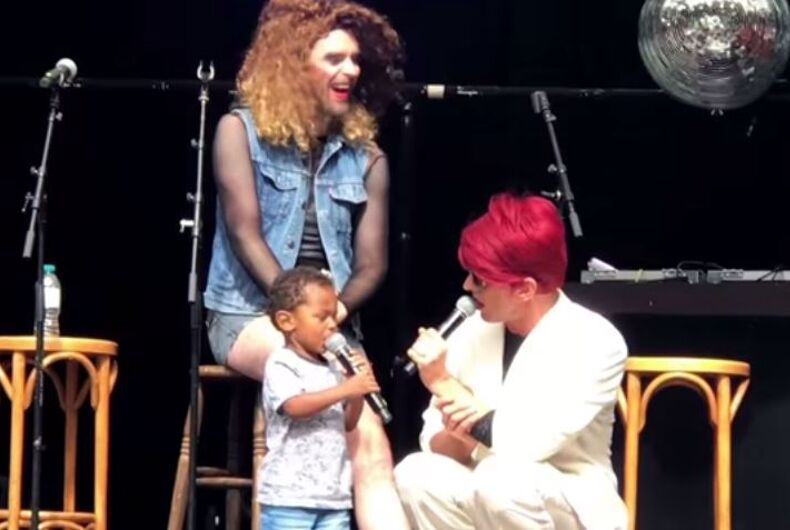 You never know what might happen at a drag show, as a recent show in London once again proved, in adorable fashion.

During a performance for the River Stage The Glory takeover event “APOCALYPSTICK!” by Jonny Woo, an outgoing toddler decided the stage was looking a little bare without his presence, so he solved that problem by crashing it.

Woo encouraged young Giovanni during his national theater debut, and the boy took it from there. Watch the cuteness overload below.

“This was a real impromptu moment and the boy was literally following his instinct as to what he wanted to do, or where he felt attracted to,” Woo told Gay Star News.

“It was a really joyous precious moment which I felt privileged to be part of and was all about performance and play. It was a fun moment and brings tears to my eye when I watch it back,” he added.

“The National River stage gives us an opportunity to share what we do without censure or apology and with the joy in which it is created and it’s truly life affirming when the youngest enter into the spirit.”