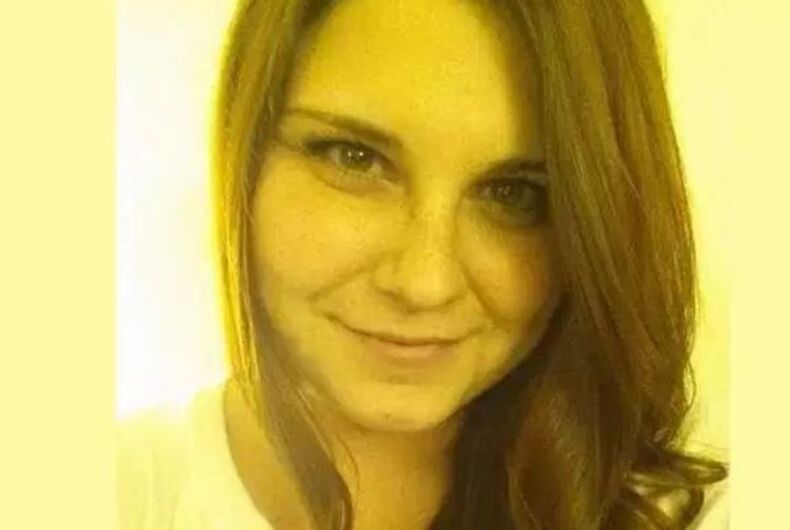 While Donald J. Trump either lost or has refused to refer to his moral compass ever since the early years of his life, if he simply studied U.S. history he would have known how to respond to the violent racist and anti-Semitic white supremacists and neo-Nazis in Charlottesville.

And if the violent racist and anti-Semitic white supremacists and neo-Nazis had read their history, they would never have come to Charlottesville to protest the removal of Confederate monuments, nor would they ever have carried Confederate battle flags!

An estimated 1500 members of the racist right descended on this small liberal university community for the express purpose of voicing their opposition to the planned removal of a 26-foot statue atop a massive stone pedestal of Confederate General Robert E. Lee in a park once named for him. The statue of Lee riding his horse and holding a hat in hand was erected in 1924, long after the Civil War.

The Charlottesville City Council voted in April of this year to remove and sell the memorial statue, and to change the name of Lee Park to Emancipation Park. A circuit court judge issued a six-month injunction before going the plan can go into effect.

The actions by the Charlottesville City Council follow a growing trend by other municipalities to take down symbols of the Confederacy, and either sell them or donate them to historical museums.

The dissolution of these objects, however, has served as a rallying cry, a cause célèbre, in the movement for white identity politics collectively coming to be known as “white grievance politics”: white people, on the micro level, (primarily men and boys) who claim their rights and power have been weakened by a growing emphasis on multiculturalism and diversity, and internationally, on the macro level, the notion that “the West” is under assault which has resulted in a diminution of power and status by the “non-Western” world. Members of the movement position themselves as the victims of an (undocumented and mythological) unfair and biased redistribution of resources and power.

In the U.S., members are demanding the continued display of Confederate monuments and other symbols, such as the Confederate battle flag, arguing “tradition” since these are a part of their “heritage,” and they represent an era of American history.

These emblems and personalities do, in fact, represent an era of American history, an era of war over the right to continue the enslavement of other human beings, one in which many Southerners believed they had the “God” given right to torture, work to death, separate families, rape, and otherwise abuse others for their own economic, social, and cultural benefit.

Under the guise of preserving tradition, proponents of keeping Confederate symbolism fail to realize that most of the monuments were erected well after the Civil War toward the end of the 19th– and into the 20th-century. Southerners imposed these monuments primarily as weapons of intimidation against black people in the Jim Crow South during what has come to know as the “Redemption Period.”

One of their own heroes, Confederate General Robert E. Lee, would been outraged by their efforts and tactics if he were alive today. Following the Confederate surrender to Union forces, Lee hoped for a reunified country with the enmities of war put aside and given up. He understood that the symbols of the war, if continued to be displayed, would prevent the emotional and physical healing truly necessary to unite this exhausted and traumatized nation.

He wanted no monuments erected, no flags flown, and no other symbols to the Confederacy displayed. In his book, Personal Reminiscences and Letters, Lee included a letter he sent in 1864 to the Gettysburg Identification Meeting Committee asserting that the Confederate flag should be retired and put away due to the strong feelings it evokes.

“I think it wisest not to keep open the sores of war, but to follow the example of those nations who endeavored to obliterate the marks of civil strife, and to commit to oblivion the feelings it engendered.”

Confederate President Jefferson Davis followed Lee’s lead when in his The Rise and Fall of the Confederate Government, he wrote, “My pride is that that flag shall not set between contending brothers; and that, when it shall no longer be the common flag of the country, it shall be folded up and laid away like a vesture no longer used.”

At his impromptu press conference this week, Donald Trump talked about the issue of taking down historical monuments:

“So, this week it’s Robert E. Lee,” Trump said. “I notice that Stonewall Jackson is coming down. I wonder is it George Washington next week, and is it Thomas Jefferson the week after? You know, you really do have to ask yourself, where does it stop?”

While we all must question and challenge all of our seriously flawed founders and other national leaders, and, yes, come to an eventual collective decision whether to retain monuments to such notables as Washington, Jefferson, and Jackson, who engaged in slavery, and in Jackson’s case, in the genocide of First Nations people, they would not today be charged with treason and sedition against the United States as would members of the Confederacy.

Not many people are arguing for the erection of impressive statues, for example, in the image of the infamous Revolutionary War traitor, Benedict Arnold. In truth, leading Confederacy figures triggered more tattering of the nation and death than Arnold could have even imagined.

I am proud of the committed and courageous anti-fascist activists who came out to counter the pure and undisguised hatred of the white supremacists and neo-Nazis in Charlottesville and throughout the nation. I grieve the tragic loss of Heather Heyer, a courageous freedom fighter, whose life was tragically taken as she stood up for her principles of social justice for all people. I also grieve the death of two state troopers, Lt. H. Jay Cullen, 48, and Berke M.M. Bates, who would have turned 41 in just a few days, in a crash of their helicopter as they observed the demonstrations from above.

If significantly more Germans stood up to Nazis early and often like Virginians and people throughout the country stood and continue to stand up to the neo-Nazis white supremacist purveyors of hate, my Jewish family would not have been killed, and the world would have been spared a deadly and horrific war that killed tens of millions more.