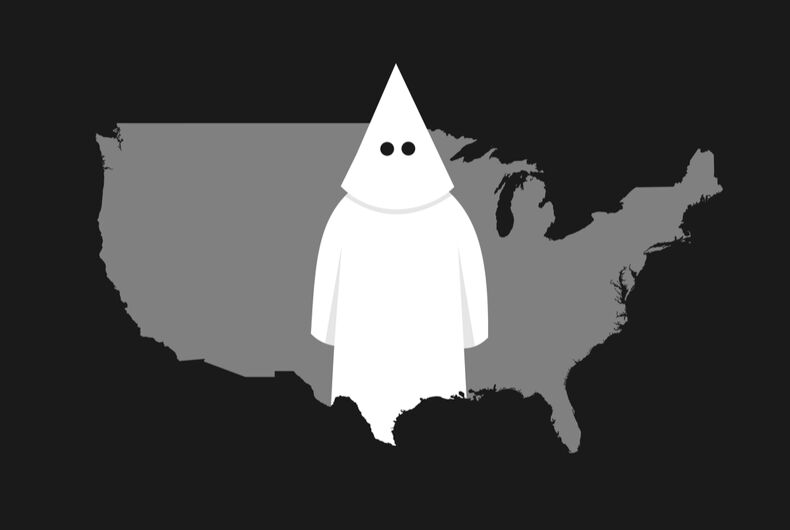 “Please stop talking to my boyfriend,” the Grindr message started. “You tried to talk to me and my boyfriend at pride last night by the booth? We’re boyfriends we don’t want to hookup with you.”

When Twitter user @TEEZBabyCakes logged onto Grindr after Toledo Pride, he tried to talk to a guy he met during the event, but when the man’s boyfriend started messaging him things took a turn for the worse.

When he responded that he was just being cordial and only trying to make more friends, the abuse got even uglier.

Tried being cordial and friendly with a white gay couple at Toledo pride yesterday. These are the messages I get the day after. 🙃 pic.twitter.com/AhFBByPVuy

“Blacks are too dark and have ruined beauty for us queers. Take ur fried chicken and fatty foods elsewhere away from us. You nigers…you can’t even get a nice job. You all are so poor. Can’t even afford a new car.”

“Black people have black skin and is nasty and discussing and unappealing. Stop talking to us whites. We don’t want dark or burnt skinned friends or sex partners. Blacks are unattractive and ugly to even look at. Like you don’t deserve to have the attention of a white man. I don’t want my clean big dick in some dark boy pussy or black skinned mouth. I would feel ashamed and disgusted.”

He should be disgusted by his racism, but if he thinks they’re “classy like America,” he’s obviously someone in Trump’s basket full of deplorables.

While several people tweeted messages of support to him, sadly, posting the exchange on Twitter only brought more ugliness about interracial dating. He took it in stride and quickly set other users “straight” that love is colorblind.

It defeats the purpose to be inclusive and not judge anyone. 🙄 https://t.co/SnJ8VGmm04

That awkward moment when you're ridiculed and shamed by other black people for dating outside your race. All races are attractive. 😪🙄😪🙄 pic.twitter.com/iqUOuqjpzW

I seen his twitter & this chick of all things said he's trying to gain white attention or something by bringing this to light. Like wtf?

Other black people shaming:
"You deserve racism, you deserve it. You're #TeamSwirl, you asked for it." Isn't this the same as rape culture?

You would think people that have the same ethnicity as me would build people up, but they do the opposite. Keeping up hatred.
Nice job. 😪 pic.twitter.com/yoVFKwnAwi

Hypocritical POC at their finest. 😬 If people only like white cock, this is the reason why. There's ignorance every where. pic.twitter.com/YqZ6SR9zRf

If you're black and you date outside your race, beware, your own POC peers WILL judge you.
Too y'all, no one's safe. #DoubleStandards

Anti-interracial POC is a lot similar to anti-LGBT POC. You can't fight for inclusiveness, yet still judge others. Build people up. 🤔

With his sense of humor still intact, he had one final tweet about the situation that should have you hitting the heart icon.

Yes. Because love is love.

Editor’s note: This article was corrected in the second paragraph to “Toledo Pride” instead of “Toronto Pride.” We regret the fast fingers.