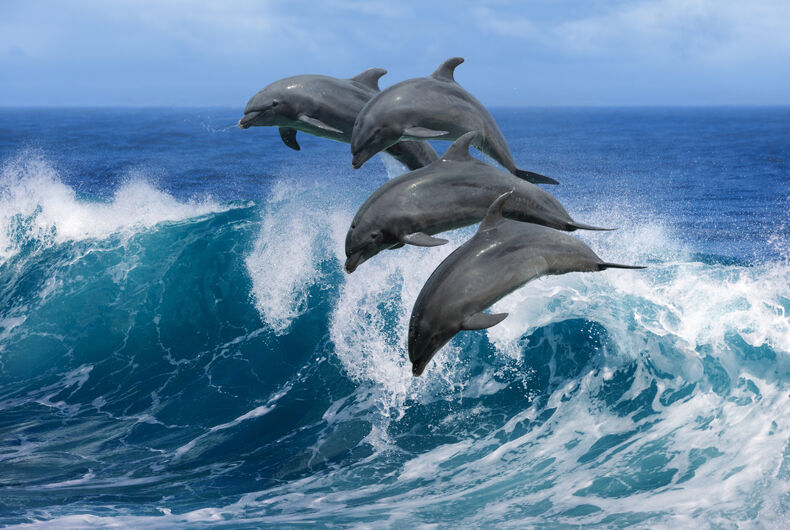 Researchers have observed a pod of dolphins engaging in homosexual behavior after mating season had ended.

“These dolphins, all but three of them juveniles, organised themselves in four sub-groups in which they were observed engaging in socio-sexual behavior that included mounting and genital contact between individuals,” she said.

“The subgroups joined, frequently forming a large group and then split again in different group compositions,” Nicholson added. “Homosexual behavior, as identified here, has been described for dolphin populations elsewhere.”

She said establishing this connection is important.

“Apart from homosexual behavior, males, unlike females, in Shark Bay have also been recorded to perform synchronous displays,” she said, adding, “socio-sexual interactions between males are more common than between females or between the sexes.”

The behavior is believed to be a way for the dolphins to form alliances, as well as establish dominance.

Janet Mann, who has studied dolphins at Shark Bay for decades, has written of another possible reason, Newsweek notes. Mann states that the behavior could be a way of practicing courtship and mating for adulthood.

That would match up with the fact that most of the dolphins observed by Nicholson’s team behaving in such a way were juveniles.