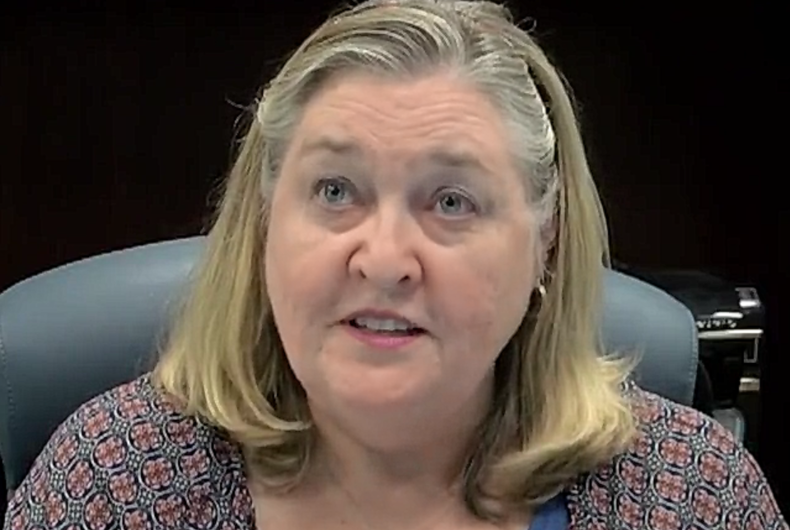 A group of parents and students in Auburn, Alabama, signed a petition to remove a rainbow flag hanging in a high school classroom.

The petition says they “feel that the flying of the Pride Flag can create a hostile and uncomfortable learning environment for students who come from families that do not support the LGBTQ+ community.”

It also accuses the teacher of being “unprofessional” in allowing the flag to be displayed because it represents “political views in an unbiased and socially neutral public setting.”

The petition closes by comparing the rainbow flag to the Confederate flag. “The signers of this petition would like for you to consider the uproar and chaos that would ensue were a teacher to hang for example a Confederate, Christian, or Heterosexual Flag in their classroom. There would likely be protests, emails from teachers, and threatening of lawsuits from parents with differing viewpoints.”

The flag is part of a display created by the school’s E.D.U.C.A.T.E. Club, which promotes diversity. This past week, the school had a fair where all the clubs could present displays in school.

A counter-petition was created to show support for the flag, which has received over 3000 signatures so far.

“The takeaway for me is not whether or not the flag stays up or is taken down,” said Brandon Sinniger, who started the Change.org petition. “For me, it is extremely important that more than a thousand people were able to come together in solidarity for our LGBT community, here in our high school.”

Superintendent Karen DeLano has so far refused to take sides and instead released a milquetoast statement. “This differing of opinions related to the E.D.U.C.A.T.E Club at Auburn High School affords our faculty and students an opportunity to learn and model a civil manner in which to resolve our differences,” the statement said.

Gia Gunn announces that her birth certificate has been corrected

Donald Trump’s racism is costing him tons of money