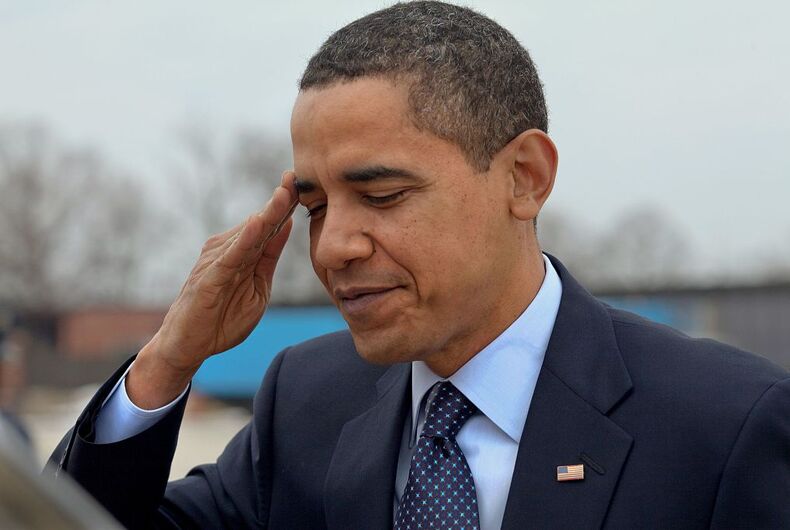 President Trump won’t like this, his favorite platform is about about former president Barack Obama, on this, his 56th birthday.

With Trump heading up a scandal-plagued administration that has targeted the rights of LGBTQ people, among other vulnerable communities, many are finding good reason to take time out today to thank Obama.

Here are some of the many reasons people are sharing for why they miss having Obama in the Oval Office, not just on his birthday but every day.

Having a presidential ally

@BarackObama Happy Birthday Mr President! Thank you for all you did for the LGBT community. You are missed. Have an awesome day! #ObamaDay

Happy Birthday to President @BarackObama! Thank you for your service, your intelligence, and your grace. #ObamaDay pic.twitter.com/1AnXOXjMGM

Happy birthday, @BarackObama! Thank you for always standing up for what’s right. Wish him a happy birthday: https://t.co/jvdsioL7A1 pic.twitter.com/wtr24SHAwO

Happy Birthday President Obama. You changed our country with your dedication to civil rights, education, respect for ALL Americans #ObamaDay pic.twitter.com/YIfYe09d16

.@realDonaldTrump-You'll never accomplish anything close to what @BarackObama did. Must suck to realize that. Also—you're an ass. #ObamaDay

Even with all that money, Mr. Trump, you can't buy half the class and dignity that President Obama has without saying a word.#ObamaDay