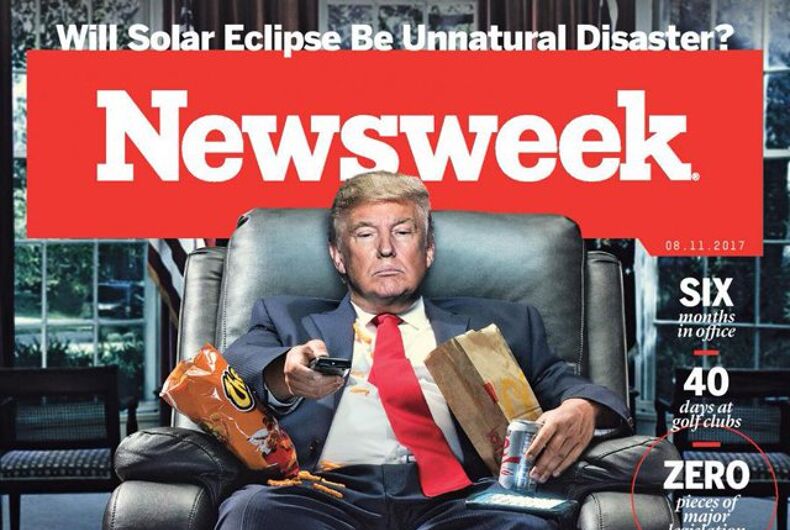 Newsweek‘s latest cover nails the lackluster Trump administration with an illustration that couldn’t be more aptly ruthless. As The Wrap says, “The weekly has probably pretty much burned every bridge with its latest cover story – or more accurately, its latest brutal cover.”

While Twitter went nuts with laughs and cheers for Newsweek, Trump fan were obviously less than pleased. So far, Trump hasn’t directly addressed the cover and has only retweeted an outraged message from actor and supporter James Woods. It’s below, but you’ll want to stay for the others.

I've never witnessed such hatred for a man who is willing to work for free to make his beloved country a better place. It is pathological.

Here are the ones you’ve been waiting for.

If this is the real new cover of @Newsweek, Oof! I don't think it's going to be hanging at his golf clubs.😂 pic.twitter.com/txnNSeGKo2

#Newsweek Has "Lazy Boy" Trump on the cover. Never before has a President done so little yet bragged so much #FridayFeelings #FridayFun pic.twitter.com/atskuifpMP