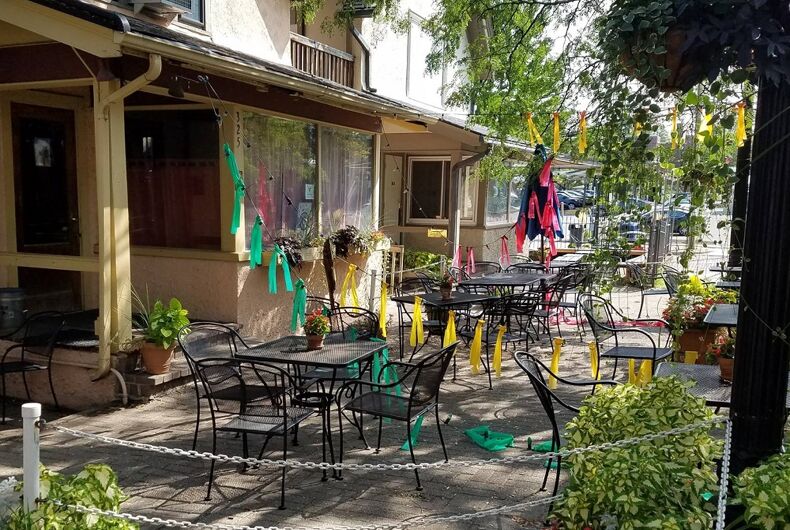 Customers turned out to support an LGBTQ bar in Ann Arbor, Michigan, after it was vandalized Thursday night.

The Aut Bar was vandalized some time early Friday morning, after it closed for the night at 2 a.m. Flags, lights, rainbow streamers, and some siding of the building were torn down.

Bar owner Keith Orr said that the damage won’t cost much to repair; he estimates that there was about $300 worth of damage.

Instead, it’s the feeling of having the safe space violated that hurts more. “When something like that happens it definitely feels like an attack, not just on us but on a community,” Orr said.

Still, Orr’s U.S. representative Yousef Rahbi started a GoFundMe page to pay for the repairs on the building. The campaign has raised almost $10,000, and excess funds will be donated to local LGBTQ organizations.

“We need to stand strong with our LGBTQ community and let the world know that acts like this will not go unanswered,” Rahbi said.

Ann Arbor has experienced other attacks on minorities recently. Swastikas were painted at a state park, someone spray-painted racial slurs at Concordia University, and someone called in a bomb threat to a Jewish community center.

The Aut Bar’s doors were open again on Friday, and the place was packed.

Police are investigating the vandalism but have not yet said whether it’s a hate crime.