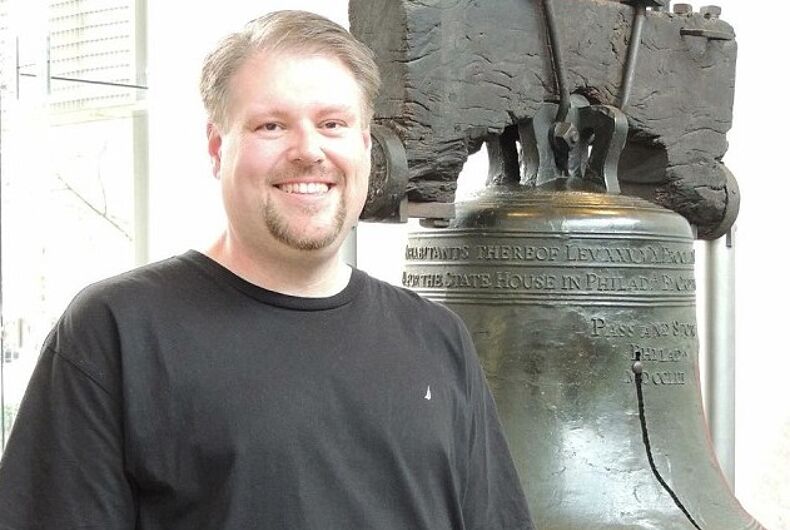 D’kota Chance Griffin, 27, was arrested for the murder of Mike Collins, 46. Police say that the men were in a brief relationship.

When Collins, a middle school librarian and high school football and baseball coach in St. Clair County, Alabama, didn’t show up for work this past Monday and wasn’t answering his phone, school officials called the police.

“When he didn’t report to work and wasn’t answering his phone, we knew something was wrong,” said Matt Glover, the high school’s head football coach said.

Police went to his house and found him dead. There were no signs of forced entry into his home. An autopsy later revealed that he was both stabbed more than seventy times and strangled.

The investigation proceeded as a homicide and police said that they found evidence linking Griffin’s girlfriend’s car to the crime. He was arrested on Thursday at his girlfriend’s home.

Police suspect that Collins and Griffin got into a physical altercation Sunday night that ended in murder, described as a “crime of passion.”

The men met on “social media” and had a “prior existing relationship” that police described as both brief and romantic. Griffin divorced two women in 2014, one of whom he had a child with. Collins, who had no children, does not appear to have been out as either gay or bisexual at his job.

In addition to murder, Griffin is also being charged with theft for using Collins’s credit card. In a separate incident in 2015, he plead guilty to fraudulently using a credit card and received a twelve-month suspended sentence.

A vigil for Collins was held on Tuesday by the football team. “I think it will be something that definitely this season will be played for him and his memory. You know hopefully we can glorify him and everything that he’s done to help these kids,” Glover said.

Collins had worked at Odenville Middle School for ten years and was a beloved figure at the school. “This school was his family. The kids were his kids,” Glover said.