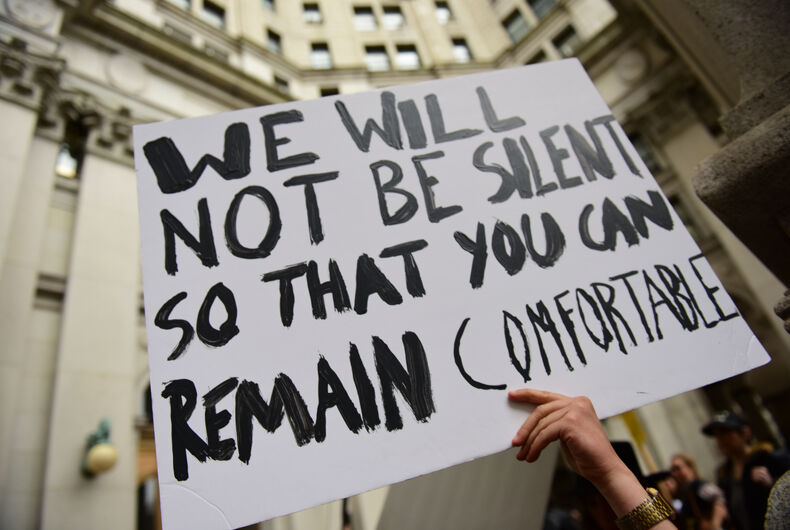 Congress shall make no law respecting an establishment of religion, or prohibiting the free exercise thereof; or abridging the freedom of speech, or of the press; or the right of the people peaceably to assemble, and to petition the Government for a redress of grievances.” -Amendment 1: Constitution of the United States of America

During the 1960s, when I was an undergraduate student and member of the Students for a Democratic Society organization at San José State University, the university administration, under direction from then Governor Ronald Reagan, rejected our requests to bring to campus a few members of the Black Panther Party from Oakland to give a presentation, using the assertion that their presence could possibly turn violent.

We resisted the administration’s attempts to silence the group and deny them their constitutional First Amendment right of freedom of speech, and we brought them to the campus to join us in an unofficial educational rally, which drew hundreds of students, and, incidentally, no violence.

In 1979, the ACLU took up and won the cause of defending the right of a neo-Nazi group to march legally through the streets of Skokie, Illinois, a suburb of Chicago with many Holocaust survivors in residence. A compromise agreed upon in the court changed the venue from Skokie to Federal Plaza in Downtown Chicago.

As a tenured professor at Iowa State University, the largest paper in the state, The Des Moines Register, published my letter to the editor questioning why our land-grant tax-supported public university displays a large Christian cross extending virtually from floor to ceiling, and crosses carved into both sides of the “benches,” in the “chapel” within our Student Union. I concluded my letter by asking whether we should retire officially-sanctioned religious systems from a public university.

In the following days, other readers demanded my immediate dismissal; one published my salary stating it was a waste of valuable tax dollars; while another wrote that I should be forced onto a large piece of ice and floated out to sea. My department chair supported my freedom of speech, though the President of the University rejected the idea of taking the crosses from the space.

For the past twenty-plus years, I have traveled throughout the U.S. and Europe giving presentations on several topics focusing on social justice. About a decade ago, I was to deliver an address on the issue of homophobia at a university in eastern New Mexico. Before I arrived, university organizers notified me that a certain local conservative Christian minister had threatened to bring his congregation en mass to shut down my appearance.

Though the university refused to cancel the event, extra security details had been activated. In the end, the minister failed to carry out his threat, and possibly many more students attend my address over the increased publicity.

Fred Phelps and his followers trek around the country protesting funerals of soldiers (most of whom are apparently heterosexual) claiming that these deaths resulted from God’s punishment against a country that tolerates homosexuality. Church members wield signage stating “God Hates Fags” and “Thank God for Dead Soldiers.” Phelps is also notorious for his 1998 protest of the funeral of Matthew Shepard, a college student from the University of Wyoming in Laramie murdered in a cruel and ruthless homophobic assault.

The judicial process began when Albert Snyder, of York, Pennsylvania successfully won a lawsuit against Phelps, the founder of the Westboro Baptist Church, and his followers for picketing the 2006 funeral of Snyder’s son, 20-year-old Marine Lance Corporal Matthew Snyder, who was killed in a vehicle rollover accident in Iraq. At the lower court trial, the jury awarded Snyder $11 million, which the court eventually reduced to $5 million.

Later, on March 26, 2010, the Court of Appeals for the Fourth Circuit ruled that Snyder was unjustified in suing Phelps and company. The court also ordered Snyder to cover Phelps’s court costs in the amount of $16,510.

Snyder appealed the decision to the Supreme Court, which handed down its ruling by determining that the protestors’ actions were within the scope of protected speech covered by the First Amendment of the U.S. Constitution, and were not circumscribed by issues of privacy and religious rights of the mourners.

Yes, Fred Phelps and company, while certainly vile and inhumane, were within their rights of free speech.

Until and unless we as a society and the judiciary specifically develops clear and consistent demarcation lines between “free speech” and “hate speech,” the court had no other option than to rule as it did. The demarcations may never be developed due to the enormity in constructing the boundaries.

Neo-Nazis had a right to speak in Chicago. Fred and family had a right as well to demonstrate at my university, Iowa State University, about seven years ago on the premise that the university was “supporting its fags” by establishing an Office of Lesbian, Gay, Bisexual, and Transgender Student Services,” and demonstrating in front of the Jewish Museum in Des Moines over their allegation that “the Jews killed the Lord.”

We certainly don’t have to support their disgusting rhetoric, but they have a right to speak. We and they also have the right to peacefully protest – “…the right of the people peaceably to assemble….”

We must ask ourselves, then, several specific and larger general critical questions:

While the organizing committee for Boston’s Saint Patrick’s Day parade banned OUTVETS, an LGBT military veterans group, and other LGBT groups over the years, should the organizers of Charlotte, North Carolina’s recent Pride parade have denied a group of Trump supporters, “Deplorables Pride,” a float permit, and should parade celebrants have shouted down group members when they attempted to speak on the street during the parade?

Should the administration of the University of California at Berkeley have cancelled Milo Yiannopoulos and Ann Coulter’s planned addresses? And while most students engaged in legally-protected peaceful protests, was it appropriate for some protestors to contribute to violence in opposing the appearance of these controversial speakers – most notably at the university serving as the epicenter of the “Free Speech Movement” during the early 1960s?

We must also ask ourselves, if not on a university campus than where can we engage in controversial topics and ensure the rights of others all along the spectrum to pose their ideas?

As a queer person and as a Jew whose Polish family the Nazis decimated during the Holocaust, I am acutely aware of the long history of the many means dominant groups have employed to silence us. They have killed us; attempted to define us; endeavored to change or convert us; expelled us from countries and from institutions; censored, banned, confiscated, and burned our books, diaries, literature, and papers; deleted or distorted our histories in official accounts; denied us the ability to raise our voices and to speak out.

Are we not, then, merely using the “master’s tools” against those who ideas we find different and abhorrent from our own as the “master” used these tools against us?