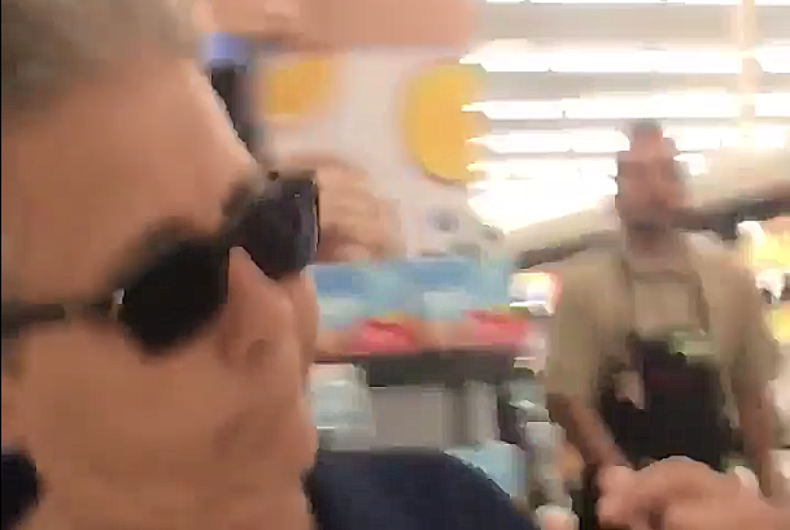 A college student in Stockton, California, burped loudly in a Save Mart, which led to a racist tirade from a lesbian couple.

Angelo Cabuang posted video on Twitter of one of the unidentified women. In the clip, she tells Cabuang and his mother to “hop back on a plane to Filipinoville and get out of our country.”

I literally burped at Save Mart and a racist couple reacted by calling us pigs and telling us to go back to Filipinoville ? Who hurt you? pic.twitter.com/Hvt519zBQu

Cabuang’s mother can be heard in the video responding to the first woman. In the ensuing argument, the first woman’s wife complains that video will be posted on the internet that won’t show the initial eructation, which is true but not really important.

The first woman starts shouting at Cabuang’s mother to defend her wife. “She’s my wife. You’ve got a problem with her, you go through me.” Cabuang’s mother then called for security. An unidentified man approaches the three of them and the couple says that they aren’t doing anything. The wife flips off the camera.

TWITTER HAS SPOKEN! Here's extra footage of my Save Mart incident that y'all wanted

Context: I burped while I was walking down the aisle pic.twitter.com/Ydsik4Klmy

Someone who claims to have been working at the store during the incident confirmed what Cabuang heard on Twitter.

When me an my co worker had to break up a racists couple smh https://t.co/GW7uN9nTqi

Another person who claims to work at the Save Mart posted support for Cabuang on Twitter… but also decided that homophobic insults are an appropriate way to fight racism.

Even though I don't know most of y'all, I appreciate the love and support I've been getting. Thank you everyone! pic.twitter.com/GdC6jLZ5ZK

Newly terminated Steve Bannon is ready to go after Trump