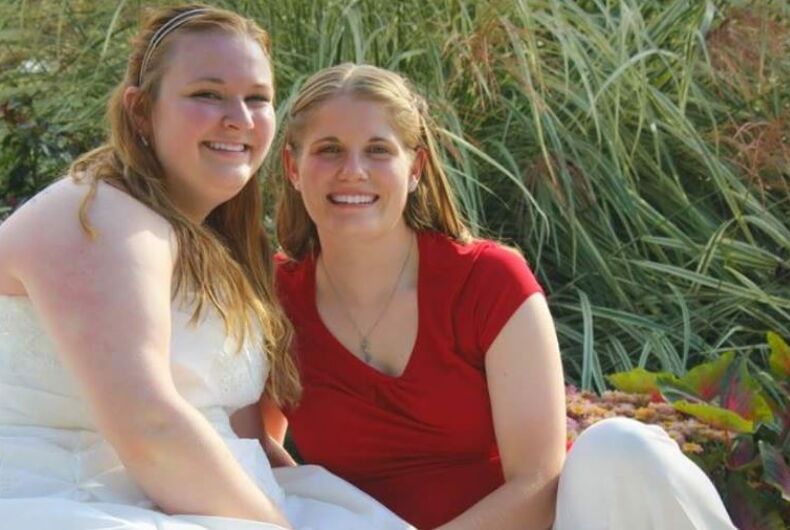 When two high school sweethearts, Amanda Abramovich and Samantha Brookover, went to get a marriage license early last year they were met by Deputy Clerk Debbie Allen, who went on a homophobic tear, calling their relationship “an abomination.”

While the license was issued, the couple were told their marriage shouldn’t be legal. None of the clerks did anything to stop the awful treatment Abramovich and Brookover received, and in later interviews with media brushed off the incident as all but a non-event. Allen even defended herself, saying she felt she had “talked nicely to them” because she didn’t “yell at them” or get “aggressive.”

Now Gilmer County has to pay a settlement to the couple, as well as apologize for the treatment they received. Clerks will also have to attend sensitivity training in hopes that another ugly incident such as this one never occurs again.

“When we went to get our marriage license, this was the last thing we expected. We were presented with two options: accept this treatment and leave the possibility that other couples would have to endure this as well, or speak up for ourselves and hopefully stop it from continuing,” Abramovich and Brookover said in a statement.

“Consenting adults should never be made to feel embarrassed or ashamed when marrying the person they love,” they added. “It will be a comfort to know that this behavior will no longer be allowed in the Gilmer County Courthouse.”

“Religious freedom is a fundamental American value, and finding someone to love and to marry is a fundamental part of the American dream for many. One should not come at the expense of the other,” said Richard B. Katskee, legal director of Americans United “Religious freedom gives us all the right to believe, or not, as we see fit, but it does not give anyone the right to harm others.”

Attorneys for Americans United discuss the case in the video below.