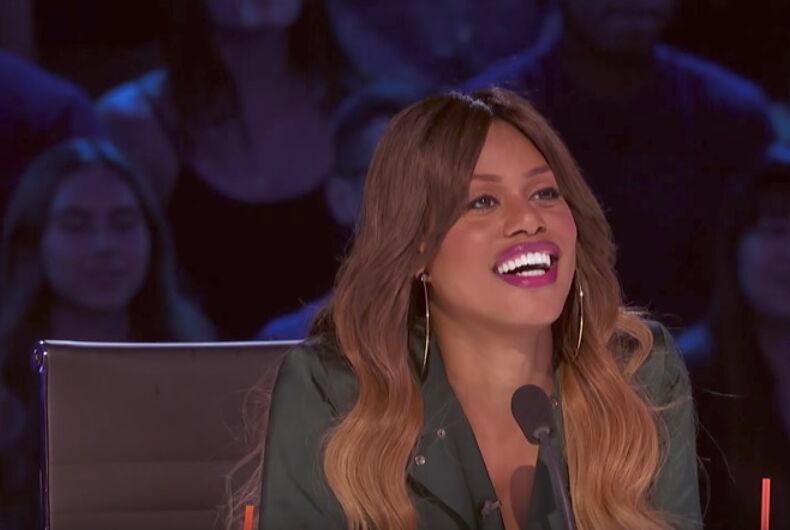 Laverne Cox is a guest judge on America's Got Talent

Laverne Cox was a guest judge on America’s Got Talent last week and she hit the golden buzzer for one of the cutest performers to appear on television.

9 year-old Celine Tam (who naturally has a sister named Dion, apparently) scored the ticket straight to the live shows after singing “How Am I Supposed To Live Without You” by Michael Bolton.

Many folks are comparing Celine to Angelica Hale’s performance. Also 9 years-old, Angelica burned it up with her version of “This Girl Is On Fire” and guest judge Chris Hardwick hit his golden buzzer for her.

Check out both cuties below. Which one do you like better?