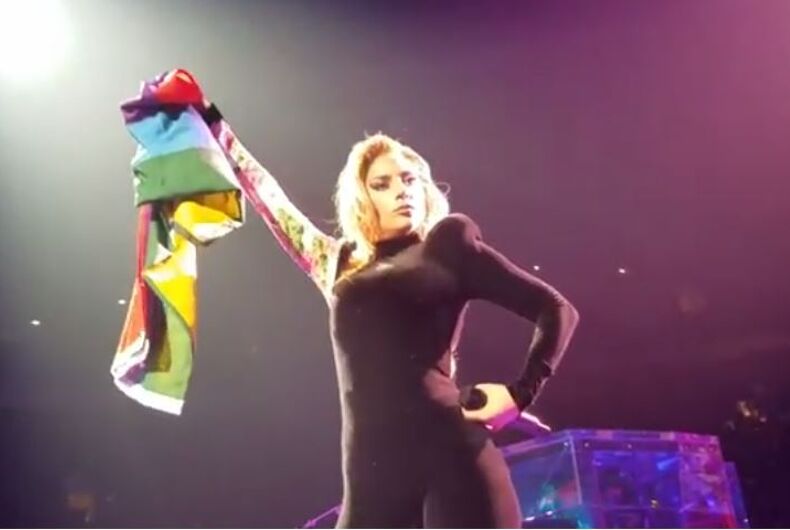 Lady Gaga holds the rainbow flag in the air at her concert in Vancouver, Canada, on Monday night.Photo: YouTube

Lady Gaga, who is bisexual, has been a longtime outspoken advocate for the LGBTQ community and is taking every opportunity to continue to spread that message now that it is as important as ever.

The Trump administration has set their sites on the LGBTQ community, most recently with Trump’s transgender military ban tweet, and the Department of Justice intervening in a case to argue against civil rights for gay people.

Gaga had something to say about that on Twitter herself.

Gaga,in Vancouver, Canada, on a world tour to promote her latest album, Joanne,  had a member of security pass up a rainbow flag thrown near the stage on Monday night.

She held it in the air while the crowd cheered, before saying that she has a lot to say on the issue. She started by quoting her song, “Come to Mama.”

“But the most important thing that I have to say about it is that everybody’s gotta love each other. You got to stop throwing stones at your sisters and your brothers. Cause now, it wasn’t that long ago we were all just living in the jungle,” she said.

“So for any of you who don’t believe in equality that are here this evening, come to mama,” she added, before launching into the song.

Watch the moment below.