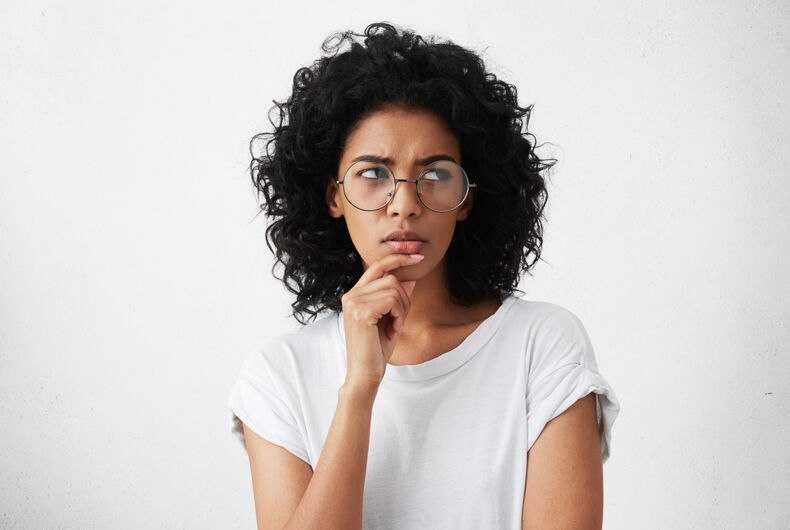 LGBT media has exploded after a Wall Street Journal report that the White House may be ready to send the Pentagon guidance on how to implement Donald Trump’s nonsensical ban on transgender people in the military. But before we hit peak outrage, it’s important to remember something.

Issuing a guidance memo is not the same as setting official policy. The memo gives Defense Secretary Jim Mattis six months to come up with a formal policy. After that policy is actually written, it could still take months to implement. By that time, Trump might not even be president (although Mike Pence would surely continue the ban).

The newspaper also notes that Trump’s guidance would give Mattis the decision on whether or not to discharge currently serving service members based on “deployability.” As the Don’t Ask Don’t Tell policy was winding down, a similar measure was implemented and discharges more or less stopped. With Mattis in opposition to the policy and already on record saying that trans soldiers do not affect military readiness, chances are high that he won’t discharge anyone. This could change under a new Defense Secretary, of course, but if the guidance actually says that, it’s (somewhat) good news for trans service members.

And finally, keep in mind that a “religious freedom” executive order has been rumored to be released “soon” twice now. It has never actually been realized. While the Wall Street Journal reports that they’ve seen the guidance, until it’s actually delivered to the Pentagon, nothing has changed since Trump announced his ban on Twitter. Earlier this month, after all, the same story (a guidance policy has been written and will be sent to the Pentagon soon!) circulated based on anonymous sources, but nothing happened.

While the ban on transgender military members is, of course, of importance to the LGBT community, we can’t react to every rumor and anonymously sourced media report. With the Trump administration, head fakes, trial balloons, and indecision are the norm.

If you really want to help stop the ban, consider donating to the National Center for Lesbian Rights or GLAD. The organizations have filed a lawsuit on behalf of five active duty service members to stop Trump’s ban before it ever starts – and they have a good chance of winning.

Ellen DeGeneres has discovered ‘butt glitter’ & she is not impressed