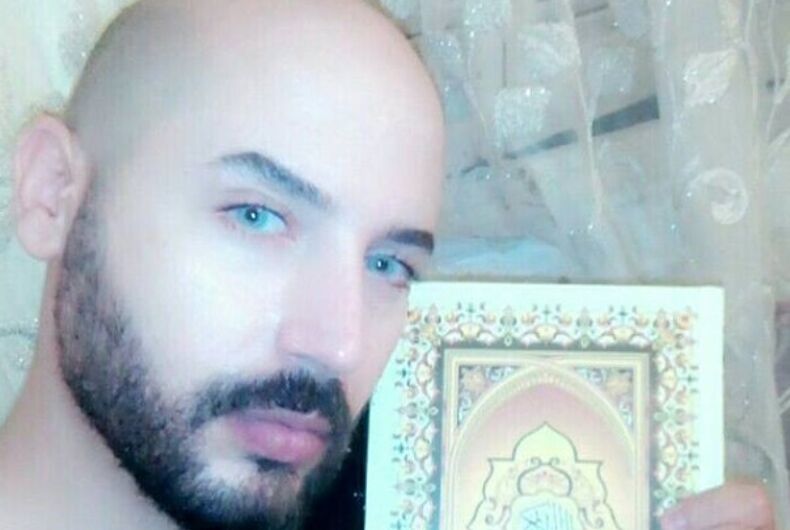 Last Tuesday, Moroccan filmmaker Mahmoud Frites posted a picture of YouTuber Adam Lhlou, who goes by the name “Adouma” online, with a message that implied that Lhlou wanted to be raped.

“I do not understand those who rape donkeys, people with special needs, elderly people, babies, and children but don’t rape people who not only dream of being raped but who are also willing to pay to be raped,” Frites wrote.

After receiving negative comments on Facebook, Frites posted a non-apology. “After having been the target of lively criticism, from homosexuals and people who encourage homosexuality, excuse me for having written that post even if I was joking.”

The call to violence was taken seriously. Morocco World News reports that on Friday, three men approached Lhlou on the street and beat him. They hit him in the face and neck and tore his clothes. They threatened to kill him, and they only stopped when a taxi driver went to help him.

In his post, Lhlou says, “Today, I say to you, Mr. Frites, congratulations, you have achieved your goal.”

“According to your words, you are a director, a fighter, an artist,” Lhlou wrote. “But you are devoid of humanity, and you are a terrorist in disguise.”

“No one deserves rape. If we were in Europe, you would be held accountable and punished for inciting people to rape me.”

Frites replied in French, saying that he was “misunderstood.”

“I was talking about a homosexual who lives in Tangier and who doesn’t stop sharing videos that contain vulgar words that excite young boys,” Frites wrote.

“In my post I just meant that there are people who want to be raped and who would even pay for that. And of course I am talking about some homosexuals, but not all homosexuals because I have already worked with homosexual actors and I like have that type of person in my films.”

Frites’s original messages have already been deleted, although his Facebook feed betrays a strange obsession with rape.

Here is an Adouma video from two months ago.

Illinois just made it easier to correct a birth certificate

Politician blames ‘the homosexuals in Australia’ for stealing the word ‘gay’