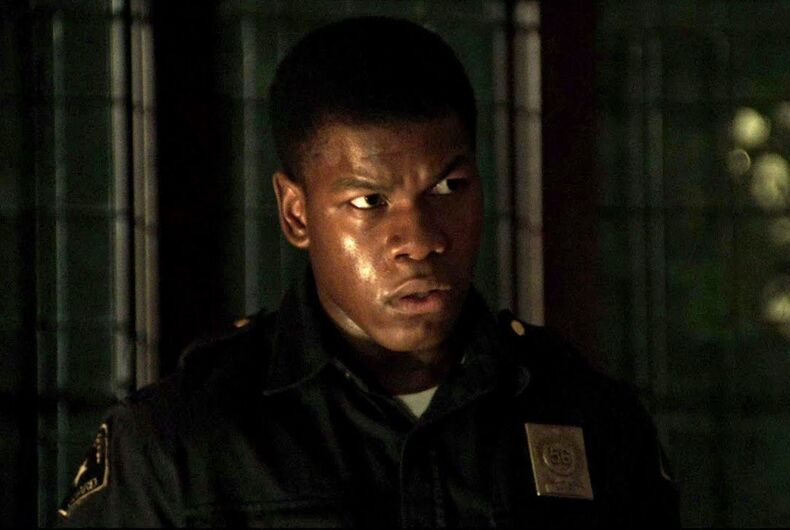 Fifty years ago this summer an urban rebellion took place. 159 riots erupted in African-American cities across the country. The civil unrest took place in cities like New York, Atlanta, Chicago, Birmingham, and Boston.  The worst riots that summer were in Newark, New Jersey and Detroit, Michigan.

The movie “Detroit” attempts to capture the eponymous riot of 1967.

“Detroit” shows how the past is present or as novelist William Faulkner has said “In fact, it’s not even past” in terms of the killing of unarmed African-American males and the unflinching impunity bestowed to police officers by focusing on the brutal confrontation at the Algiers Motel the evening of the riot.

While summer flicks are known fondly as “popcorn movie season” the film “Detroit” is difficult to digest.

The dynamic duo – filmmaker Kathryn Bigelow and screenwriter Mark Boal – who brought us the 2008 Oscar winning action-filled war film “The Hurt Locker” has once again collaborated in transforming a real life event into high art with “Detroit.”  However, with raw depictions of street violence, inexplicable scenes of an aggregation of law enforcement –  Detroit police, Michigan state troopers, national guardsmen, and private guards – descending on the Algiers Motel, and the constant images of the racial tropes, ” Detroit,” critics have rightly stated, is “disappointingly one-dimensional” and “unnuanced.”

More vocal critics have posed this question: Who was the film’s intended viewing audience?

“Detroit” is “a movie for white people. For some white viewers, Bigelow’s film may invoke horror, even righteous anger. But with a white audience so firmly at its core, the images of violence in the film, designed to be visceral, in your face, and to inspire outrage and disbelief, inspired nothing in me but pessimism and spiritual exhaustion. The violence isn’t shocking. It’s just sadly familiar, and that isn’t interesting or illuminating to me as a black viewer in 2017,” Huffington Post senior culture writer Zeba Blay stated.

I, too, was spent after viewing the film.  My spouse left the theater shaking and crying, conveying how demoralized she felt. Reverend Emmett Price, my co-commentator on our weekly Monday segment “ALL REVVED UP” on WGBH Boston Public Radio stated, “It was two hours and 23 minutes of the muting, maiming, torturing and murder of black bodies. That’s the movie.”

Because both Bigelow and Boal are white queries abound about cultural appropriation and exploitation, asking whether white artists can sensitively and appropriately depict black pain and oppression.

With good intentions (and I convey that without sarcasm) as a way to leverage her white privilege Bigelow wanted to expose today’s indiscriminate death sentence black men (Michael Brown, Tamir Rice, Trayvon Martin, Philando Castile, etc.) encounter too often with white cops that’s hauntingly similar to what black males encountered with white law enforcement officers five decades ago in the 1967 riot. Bigelow’s high hopes was that the film would spark our country’s needed dialogue on race; therefore, emphatically stating to The New York Times, that ”to do nothing was not an answer.”

Bigelow felt given her filmmaking crops and a top-notch all white crew with one renowned black consultant (Detroiter and scholar Michael Eric Dyson) she’s equipped to tell the story.

Sadly, she wasn’t. The balance between depicting the horrors of racism without valorizing or demeaning black trauma was eclipsed in “Detroit”, inviting an avalanche of African-American movie and cultural critics to chime in.

New York Times critic John Eligon, for example, stated that “Bigelow found herself engaging in another basic journalistic practice: immersing herself in unfamiliar lives and experiences, and trying to make sense of them.”

It’s too simplistic to say that stories of people of color should only be the province of people of color. Wasn’t a similar polemic once expressed about Shakespearean plays having only white actors back in the day?

Bigelow’s problem, for me, is that she didn’t tell a good story, because she did not have the complete history of the riot, but told the story, nonetheless.

Perhaps, had Bigelow had access to John Hersey’s book The Algiers Motel Incident – which has police records, series of interviews from survivors, witnesses and families of the slain men – she might have presented a better narrative.

Instead, Bigelow did what she does best – an auteur-driven film – displaying her vast cinematic skills to obfuscate her lack of knowledge and absence of a plausible narrative arc.

With graphic images of white barbaric cruelty inflicted on black bodies, the main character is -unquestionably – violence. The emotional arc of “Detroit” being black helplessness, the film evokes anger rather than thought, political action, and coalition building in this era of “Black Lives Matter” movement. Bigelow not only fails at Screenplay 101 she tanked her efforts to make a difference.

How much of Bigelow’s passion to tell the story of the 1967 Detroit riot – especially in the way she did – was out of white privilege, white guilt, arrogance, or ignorance, I’ll leave it up to the viewer to decide.

New Navy Secretary: Trans sailors are ‘patriots’ & should be allowed to serve